Is Vatican's pact with Chinese dragon helping the faithful?

Backers of the 'pastoral' deal say it has enabled the Church in China to heal, unify and operate without fear of persecution 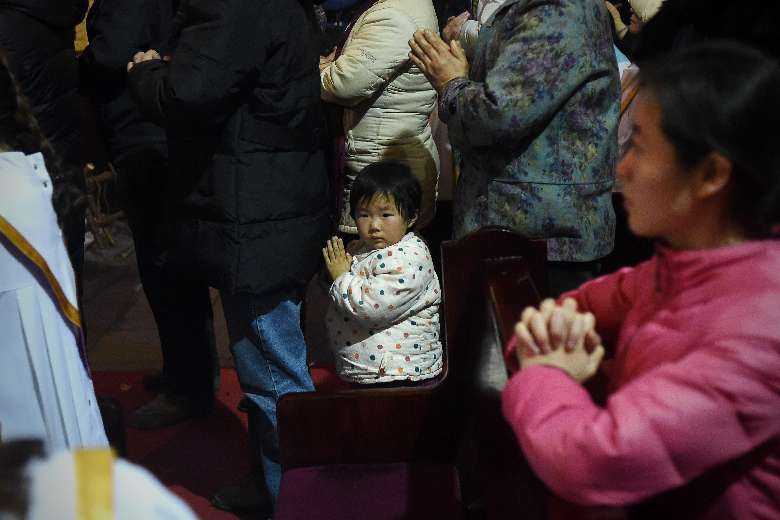 The two-year Vatican-China pact on bishop appointments that came into force on an experimental basis in 2018 and was renewed for another two years in 2020 expires in October unless it is renewed again.

Observers say developments in the past four years have augmented the chances of the Vatican establishing some formal ties with China, if not a full-fledged embassy in Beijing.

The Vatican early this year removed two leading diplomatic officials from their posts in Taiwan and Hong Kong, the two places that China considers part of its territory.

Vatican officials continue to insist that the pact, whose full content has not yet been published, is pastoral and aims to unify and heal the Church in China, which has stood divided since China’s communist regime began to appoint bishops independently of the Catholic Church’s established norms.

The Vatican-China deal allows the pope to accept or veto bishops approved by the Chinese Communist Party, say reports. The Vatican said bishops appointed by the pope would help Catholics in China end their division between the Vatican-supported underground church and the state-sponsored church.

Those who assert the pact’s success say neither the Vatican nor China has appointed any bishop independently since signing the deal. The Vatican has accepted almost all the active bishops appointed by the state, and in return the state-run church has recognized some of the pope-appointed bishops in the underground church.

Ever since 1951, when Vatican-China diplomatic ties were severed, the Catholic hierarchy and the laity were together in resisting communists' moves to appropriate their faith and resources

The Chinese state does not approve of the existence of the underground church. It does not officially exist for the Vatican too, though it cannot ignore the fact that many Catholics operate independently of the state-run church.

Ever since 1951, when Vatican-China diplomatic ties were severed, the Catholic hierarchy and the laity were together in resisting communists' moves to appropriate their faith and resources.

Chinese Catholics, who fought the communists for generations, may not immediately accept a system wherein the Vatican is collaborating with them to appoint bishops. It is only natural if the underground church feels betrayed by the Vatican.

The state-sanctioned Bishops' Conference of the Catholic Church in China (BCCCC) has been taking the lead role in the consecration of most new bishops. Vatican officials say they “encourage” underground church members to join and collaborate with the state-run church system.

The state-run church has become the official Catholic Church in China. Leaders of underground Catholics say the pact, despite allowing the pope to veto bishops, renders the Vatican helpless when the communist state stifles the selection process of bishops and decides on other administrative matters to its own advantage.

But from the Vatican's side, the efforts aim to normalize relations with the China Church and to end confusion about the acceptability of bishops and their diocesan territories.

The diocesan territories continue to be confusing as the state in the past seven decades has reorganized them several times and appointed bishops to them. But the Vatican more or less continues to view territories as they existed in 1951.

Those backing the pact say it has helped the Church operate in mainstream Chinese society without fear of persecution and stand as part of the one Catholic Church.

Another important development aiding the cause of the Vatican in the communist nation was the starting of the synodal journey, focusing on communion, participation and mission, as exhorted by Pope Francis.

However, it is not going to be easy for the Vatican to renew or establish a mission house in Beijing. Time and again, the US has expressed its anger over the secret pact between an atheist China and the religious Vatican

The Vatican has refused to dance to the tunes of the US-led Western discourse and growing uneasiness with a rising China. The pope has not yet condemned China for its alleged human rights violations, while the West has been doing all it can to isolate China from the global arena with sweeping sanctions.

When the Beijing Winter Olympics took place in China in February, the US and its coalition partners boycotted it diplomatically, citing rights violations against Uyghur Muslims in the country.

The Holy See took it in a sporting spirit and blessed the event by saying it "will bring about a more fraternal world." The pope's wishes were welcomed by China and Chinese Catholics.

Apart from a fleeting reference to the Uyghurs in his book Let Us Dream: The Path to a Better Future, the pope has said nothing substantial about human rights violations in China. He also refused to meet the Dalai Lama and Cardinal Joseph Zen, who has been vocal in opposing the Vatican-China pact.

However, it is not going to be easy for the Vatican to renew or establish a mission house in Beijing. Time and again, the US has expressed its anger over the secret pact between an atheist China and the religious Vatican.

After the Russian invasion of Ukraine and China's threats to Taiwan, a massive arms build-up is taking place across the Taiwan Strait.

The Holy See is the only European entity with which a democratic Taiwan has diplomatic ties. Taiwan has repeatedly expressed concern at the growing bonhomie between China and the Vatican, which continues to maintain silence over the vacant diplomatic post.

The US clearly is on a collision course with China and it remains to be seen who will prevail in the multi-cornered contest for global supremacy. The Vatican has so far managed to keep its position safe with China. But is the Church in China safe?