We live in a historical, cultural and social context in which chastity, poverty and obedience are not appreciated 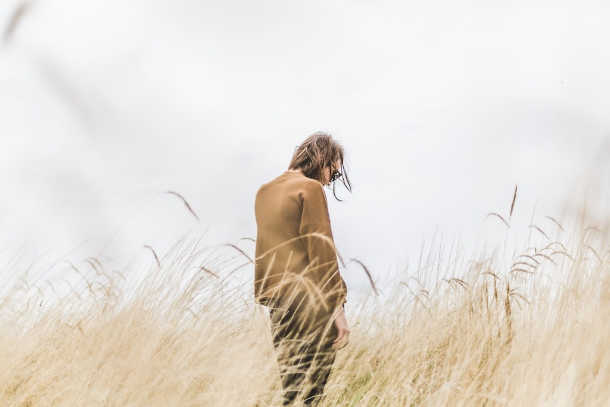 The number of people joining religious life is fast dwindling. There are some sociological reasons for this, such as fewer children in families and growing job opportunities for women. However, some other reasons could be seen in the way religious life is carried out now.

The increased number of people leaving their religious life has created an image of uncertainty and insecurity. No amount of vocation-promotion can undo this. Many congregations are dying, and young people fail to see any future for these congregations. Besides, several compromises are made for the sake of promoting vocations, ultimately affecting the quality of religious life in the long run.

With the advent of modern gadgets like mobile phones, the internet, social media and instant messaging, people tend to lead an isolated life. They don't feel the need to relate to people who are nearby. They can communicate with people who are far away and get support and encouragement from them. They often live in a virtual world.

There is a new stress on personal liberty. So, communities are meant for individuals as a means to serve the individuals. Therefore, communities are not intrinsically worthwhile, to which the individual is somehow subordinate. If he or she finds that living with others helps him as a person, toward personal fulfillment, then he may join a group, but even then, it should be a small group of like-minded peers.

Many young people are shocked by the personal scandals of religious in high positions: money handling, connection to their family members, not being available to the needs of others, not being accountable, justifying their lifestyle and values, taking undue advantage of their position and freedom. Many religious do not practice what they preach. So, they lose their credibility and respect. Young people who see this kind of double life are not attracted to such a life.

For many people nowadays, consecrated life has become a museum piece. Some who like religious look upon them with compassion and perhaps with a bit of admiration when they see them happy. Many good Christians think that religious life has no future. We live in a historical, cultural and social context in which the evangelical counsels — chastity, poverty and obedience — are not appreciated, much less understood. They are considered inhuman and culpable of rendering human beings immature and unfulfilled; in other words, the evangelical counsels are something from which to humans to free themselves.

For example, some perceive obedience as an attack on the fundamental rights of the human person, the freedom to decide for oneself, to be self-determined and self-fulfilled. Religious communities, in which superiors are still recognized as somehow representing the will of God, are considered old-fashioned. Some communities have changed the position of the superior to an animator, coordinator or moderator.

Chastity is seen as a deprivation of the good of marriage and family life. It is seen as a renunciation of having a person to share life experiences, joys and sorrows, successes and failures. On the other hand, complete celibacy in following the chaste Christ is widely held to be impossible. It is said to be either psychologically harmful or sociologically unproductive and emotionally unhealthy. Terms like "sexless" celibates and "unfulfilled" men and women under vows are commonplace.

Poverty is even less appreciated in a world that has made well-being and finances as supreme values. Poverty is considered evil to fight and overcome to become financially and socially independent. The important thing is to have enough for a decent life and not to indulge in a consumerist lifestyle. Many religious believe that actual poverty in following Christ is no longer feasible today.

This new concept of poverty has led religious institutes to write into their updated juridical structures new provisions. They resulted in demands for salaries corresponding to laypersons engaged in the same work, living accommodations in elegant private apartments, and wardrobes filled with secular dresses. Some religious have no qualms of conscience in acquiring expensive vehicles and the latest electronic gadgets.

In the name of living an authentic life and spirituality, pious practices are neglected or abandoned. Work instead of prayer is highlighted; and service substitutes formal prayer. They believe that work is prayer, and the best way to find God is through service rather than through ritual invocations or devotional acts of piety.

Sometimes religious are too much worried about the decline in the number of religious vocations. Soon after the Second Vatican Council, there was a sudden drop in vocations to spiritual life as well as many defections from religious life, especially among the young. It could be possible that the Vatican II reforms may have taken away the particular esteem that religious life held, which made vocations less appealing to the youth.

No congregation needs more members than those called by God. There is nothing called an optimum number for any religious congregation. Some congregations are large in numbers while others are smaller. Despite the small size, some congregations make a great impact on the society in general and the Church in particular.

Jesuit Father Jose Thayil from Patna province retired as rector of the Papal Seminary in Pune, western India, and continues to teach moral and pastoral theology. This article is published in collaboration with Living in Faith.