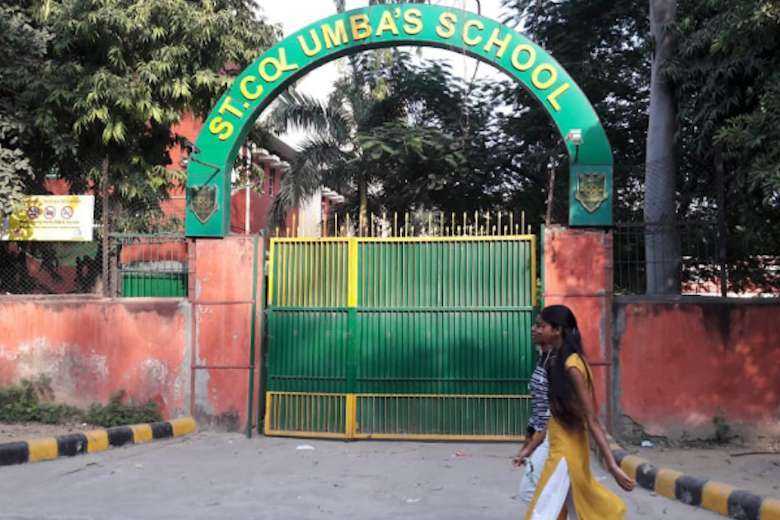 Catholic educational institutions across the globe are known for enhancing students’ knowledge and skills and developing their overall personalities. In India thousands, including politicians, bureaucrats, business magnates, media persons, writers and influential people, have studied in Catholic institutions. These institutions continue to experience a rush for admissions each year.

Why do people, even in non-Christian Asian nations, prefer Catholic institutions? Is it because of their reputation or because they think Catholic education will make their children better human beings? Or do they think education in these schools is cheaper compared to other institutions of the same ranking in their area?

It is a debatable topic but these questions could help check if Catholic institutions are on the right track. Has the education in Catholic schools helped society change for better by producing people who will stand up for moral and ethical values? Do they show concern for the poor and stick their necks out to defend human rights? Are they ready to speak truth to power?

Let us take a recent case in India. An 84-year-old Jesuit priest, Father Stan Swamy, died last week while still under detention. His death triggered an unprecedented outburst of grief and fury against an unjust system that jailed him and denied him bail in a frivolous case.

Catholic institutions in India, including several prominent Jesuit-run schools and colleges, have produced many talented administrators and politicians, including ministers who serve in the current government. But none of them had the guts to speak up for Father Swamy, who was arrested on what were widely believed to be trumped-up charges, either because of fear or because it was inconvenient for them.

Father Swamy challenged policies of the state to defend the rights of aboriginal people. His arrest, critics say, was aimed at silencing him and intimidating others from such a critical path.

Education helped to create a band of influential people, albeit a tiny minority, who were committed to creating a better society

The silence of Catholic-educated ministers and sociopolitical leaders questions Catholic educational institutions. Have they failed in producing morally courageous leaders who speak truth to power?

The Catholic Bishops’ Conference of India’s plenary assembly in 2006 discussed the theme “Catholic education and the Church’s concern for the marginalized.” The bishops said that “Catholic education would ensure the holistic and integral development of all our students and focus especially on empowering the underprivileged sections of society” as well as building a stronger nation and a world with social equality.

The bishops said that 15 years ago. But has that vision translated into action? The bishops should critically review if their decision had any positive impact on the nation, which is fast turning away from the values of secularism, democracy and human equality without any serious opposition.

Catholic missionaries introduced modern education to India. The opening of St. Paul College in Goa in 1548, with the arrival of Jesuit missionary-saint Francis Xavier in 1546, laid the foundations of Catholic education in India. Later, Christian missionaries worked hard to educate Indians after Lord Thomas Macaulay pressed on with English education in the early 19th century at the behest of the then British rulers.

Modern education did change Indians in the 19th and 20th centuries, creating people who stood up for values of freedom, democracy, equality and human rights. Education helped to create a band of influential people, albeit a tiny minority, who were committed to creating a better society based on scientific temperament and renaissance values.

We see commitment making waves among students until the latter part of the 20th century. For example, the All India Catholic University Federation (AICUF), started by Jesuit Father Carty in 1924 in St. Joseph’s College in Tamil Nadu’s Tiruchirappalli, played a significant role in providing critical education to its members.

The AICUF motto tells of its members’ social commitment: “We were born in an unjust society and we are determined not to leave it as we have found it.” The students’ movement inspired many socially conscious young volunteers who later became great leaders. The AICUF continues to exist but only as a shadow of its vibrant past.

India, under a wave of Hindu majoritarian politics, is witnessing increasing human rights violations, threatening even its secular constitution and democratic principles. It is important for Catholic educational institutions across the country to critically review their vision and mission and know how people perceive Catholic education. It is time they asked this vital question: Why should we exist?

Some Christian leaders candidly admit that present-day Christian educators are no match for their predecessors. In the past, they were visionaries and missionaries. The current decision-makers in Christian education seem to be more result-oriented than focused on vision and mission.

Paul Mathew, a former Jesuit priest of Jamshedpur province, says that modern Christian educators are failing to make a positive impact on students. “We do not have humanitarian motives to run these schools and colleges. We run them for name and fame. What we impart to or inculcate in the students has become unimportant.”

Being ready to do what is unpopular, unprofitable and inconvenient is a huge challenge

Some people like M.C. Rajan, a former AICUF member and senior journalist, say part of the problem is education becoming a career-oriented activity. Besides, the number of educational institutions has multiplied, stealing the prominence away from Christian institutions.

Utilitarianism has become the motto of most educational institutions now, Rajan says. “They have molded students as careerists. In the domain of social activism, Christian institutions no more have any profound impact on students. Our institutions, to borrow Cardinal Newman, at best have only produced the servile and not the liberal mind,” he says.

Christian institutions “have lost such a vision of creating a just society. Utilitarianism and turf wars have robbed such idealism from the campuses.”

Of late, there has been unhealthy competition to secure higher ranks. Colleges are ranked based on their academic performance, teaching, learning resources, graduation success rate and the like. The ranking parameters do not consider values instilled in students. Such unhealthy competition forces Christian institutions to focus more on the parameters that can secure them higher ranks.

As Rajan says, “Catholic institutions should inculcate the values of secularism and progressive vision.  They should make the campus vibrant with debates and discussions. Student centrality should be ensured, not conformism.”

It is high time our Catholic educational institutions revisited their vision and mission statements and checked if they are faithful to them.

As Paulo Freire puts it, “Education is an act of love, and thus an act of courage.” Being ready to do what is unpopular, unprofitable and inconvenient is a huge challenge. It is time Catholic educators faced the challenge.

Dr. Albert P’Rayan is an academic and columnist. He can be contacted at [email protected]. The views expressed in this article are those of the author and do not necessarily reflect the official editorial position of UCA News.