Is a nuclear-armed Japan a very bad idea? 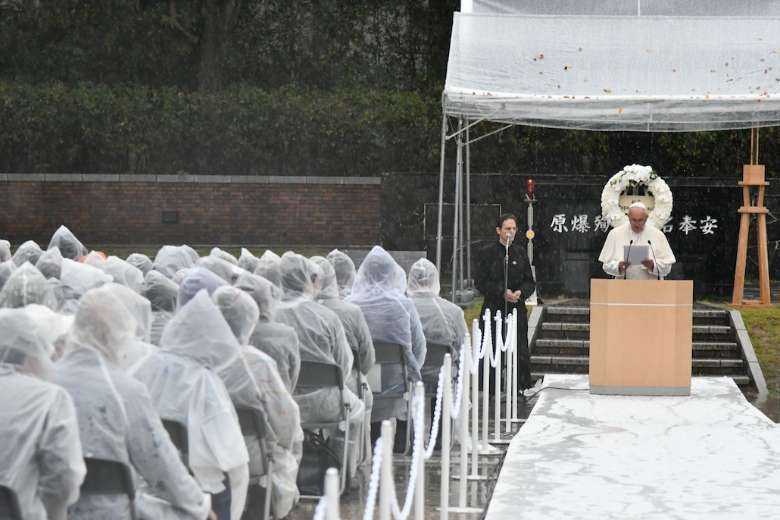 Pope Francis delivers his speech at the Atomic Bomb Hypocenter in Nagasaki on Nov. 24, 2019. Pope Francis railed against the use of nuclear weapons and the growing arms trade as he paid tribute to the "unspeakable horror" suffered by victims of the Nagasaki atomic bomb. (Photo: Vincenzo Pinto/AFP)

The headline to this article poses a very worrying question. The answer is yes, and for mainly three reasons.

After former prime minister Shinzo Abe last week suggested that Japan should consider hosting US nuclear weapons, many critics have raised their voices of concern.

While Japan's participation in the Nuclear Non-Proliferation Treaty makes it a principle that it will not allow any nuclear weapons on its territory, the ongoing situation in Ukraine has already shown, with the Russian nuclear arsenal on alert, that things that we took for granted two weeks ago are not so anymore (see Switzerland readjusting its neutrality stance over sanctions to Russia) as even more concern is now raised over the destiny of Taiwan.

The first reason why a nuclear-armed Japan is a bad idea is that it already has one of the biggest militaries in the world. Although its constitution, specifically Article 9, prohibits Japan from equipping itself with an army, this army does indeed exist. It is composed of the Self-Defense Forces, which have a budget of over US$40 billion (among the highest in the world) and have 224,000 units. These forces are considered to be more technologically advanced, more experienced and better trained than any of its likely adversaries: China, North Korea and Russia.

It all started when US General Douglas MacArthur, the “foreign shogun” who oversaw the occupation of Japan from 1945 to 1951, ordered the creation of a National Police Reserve to maintain order and deter any possible invasion. But to avoid constitutional violations, military apparatus was given civil names: tanks were called "special vehicles," which sounds very amusing now when we look at the “special operations” that Russia claims to be conducting in Ukraine.

Over time, the National Police Reserve became, again in euphemistic language, the Self-Defense Forces of Japan.

Then, thanks to the national security law passed under the Abe government, there has been a reformulation of how to interpret Article 9. For example, the Japanese government has significantly changed the engagement rules for troops participating in peacekeeping operations. Since forces were sent to South Sudan in November 2016, the Japanese army was able not only to “go to the rescue” of UN personnel and other civilians under attack but to shoot directly in case of a threat. Compared with the past, Japan’s military offensive capability has experienced a real revolution.

In its political campaign ahead of last year’s national elections, the Liberal Democratic Party announced its goal of spending 2 percent of GDP — $90 billion — to strengthen and modernize its army. The 2 percent target for the defense budget is a psychological limit of great impact given that Japan’s defense spending has stabilized at around 1 percent of GDP in recent decades.

When this announcement was made, it received a lot of criticism, but this move was nothing less than a balance of power tactic, the same strategy the US has been adopting in Europe in trying to withstand the Russian foe.

And we have seen that as soon as a Russian neighboring country (Ukraine) gave up its neutrality by openly asserting its wish to enter the NATO alliance — which meant the possibility of warheads placed right in its territory — there was an immediate military reaction.

The second reason to be wary of a nuclear-armed Japan is that it borders three of its potential enemies: China, Russia and North Korea. Two of them host nuclear weapons and the third is undergoing a nuclear weapon program. But let’s also consider that there are 45,000 US military in Japan, of which two-thirds are based in Okinawa. That is almost double the second-largest deployment of American troops in the Pacific region on the Korean Peninsula.

"This internal critical force is the strongest opponent to any deployment of nuclear weapons on Japanese soil, especially by the only nation in the world that has used them against a civilian population"

If Japan were to host US nuclear weapons on its territory, the whole nuclear balance in the Pacific region would be completely broken, with the ultimate result of attracting even more hostility from its historically aggressive neighbors, particularly China and Russia.

Japan cannot afford to provoke these countries given that China provides nearly 26 percent of its imports (more than double the figure of the US) and receives 22 percent of its exports, according to data from 2020.

Although Japan has been discussing the option to ban the import of Russian oil (Russia is Japan's fifth-biggest supplier of crude oil and liquefied natural gas), this cannot be done overnight, as the head of Japan's largest business lobby said this week. Add to that the fact that the Japanese government and local companies own stakes in liquefied natural gas (LNG) and oil projects in Russia, including on Sakhalin island, which is only 30 kilometers from the northern Japanese island of Hokkaido.

Thirdly, as the only country devastated by nuclear attacks, Japan has developed over the years a sort of rejection syndrome to such technology. The voices of the hibakusha (the victims of the Nagasaki and Hiroshima bombings) and their families have constantly reminded the Japanese public of the perils of a nuclear world, and the media have been extremely sympathetic to them, amplifying their message even more.

This internal critical force is the strongest opponent to any deployment of nuclear weapons on Japanese soil, especially by the only nation in the world that has used them against a civilian population.

The voices of the victims of the past continue to inspire young anti-nuclear movement protesters, providing a never-ending source of condemnation to any proposals to give Japan a nuclear deterrent.

MAMOUN ALSABOUNI
People of Japan don't need to nuclear weapons to defend itself, it's will encourage their enemies to find a reason for attack or provocation and violation of the country's sovereignty once again as North Korea & China.
Reply 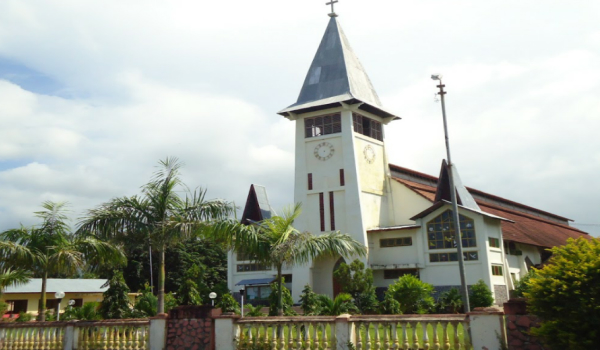