Pope Francis is scheduled to meet with Ayatollah Ali al-Sistani, one of Shia Islam's most authoritative figures An Iraqi man walks near a closed mosque in Baghdad on Feb. 19 as authorities reimposed partial lockdown measures until early March after detecting a new coronavirus strain. (Photo: AFP)

As Pope Francis continues his efforts to encourage and personally engage in interreligious dialogue, his planned March trip to Iraq will be an opportunity to extend a hand to the Shia Muslim community.

In Iraq -- like in Iran, Bahrain and Azerbaijan -- more than 60 percent of Muslims are Shia. Worldwide, though, Shia are a minority, making up less than 15 percent of the Muslim community. Most Muslims are Sunni.

While the two communities have had serious disputes, even violent ones, "the differences between Sunni Islam and Shia Islam are not that important or obvious, because for both there is only one God, and Muhammad is his blessed prophet and the one who received the Quran," the sacred text, said Shahrzad Houshmand Zadeh, a Shia Muslim theologian who has taught at the Pontifical Gregorian University in Rome.

Often referred to as sects or schools of thought or even denominations, the Sunni and Shia communities split early in Islamic history in a dispute over who was the legitimate successor to Muhammad in leading the community. For the Shia, the obvious choice was Ali, Muhammad's son-in-law, whom they believe was designated by Muhammad. The Sunnis instead decided to elect a caliph and chose Abu Bakr as the first; but years later they chose Ali as the fourth caliph, so both recognize him as an important figure in early Islam.

Ali is buried in the Iraqi city of Najaf, and his mausoleum is a pilgrimage destination. Pope Francis is scheduled to visit the city March 6 for a meeting with Ayatollah Ali al-Sistani, one of Shia Islam's most authoritative figures.

After his February 2019 meeting with Sheikh Ahmad el-Tayeb, the grand imam of Al-Azhar, who is an authority recognized by many Sunnis around the world, the pope's meeting with Ayatollah al-Sistani will extend that outreach to all Muslims, Houshmand said.

While no common document is expected from the pope's meeting with the ayatollah -- unlike the document on "human fraternity" signed with the sheikh -- "I am certain there will be a great, perhaps even greater spiritual understanding" between the two, Houshmand said.

"I do not know if he means to or not, but the pope also is creating greater harmony between Sunnis and Shia," she said. "These encounters, which are so courageous, innovative and urgent, are a source of hope for humanity."

In a way similar to what happened after splits developed within Christianity, once the Sunni and Shia communities broke from one another, differences began to develop in the areas of prayer and devotion, theology and jurisprudence although they continue to share the core tenets of faith. And they both insist on the importance of prayer, fasting, almsgiving, making a pilgrimage to Mecca and giving public witness to their faith.

One of the most obvious differences between Sunni and Shia, Houshmand said, is the Shia devotion to saints, especially to Ali and the early imams. Just like Catholics are devoted to saints, but do not worship them, Shia affirm the uniqueness of Muhammad as prophet, but believe holiness continues to exist in the world in the lives of the saints and that they can mediate between God and people on earth. 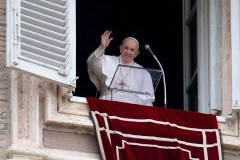 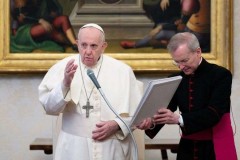 And also like Catholics, she said, Shia have developed devotional practices, including religious processions, which are not a feature of the Sunni community.