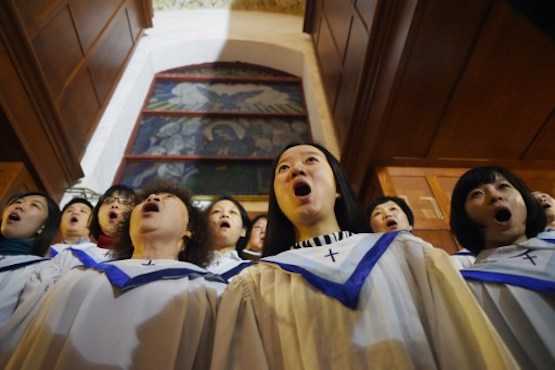 A Chinese choir sings hymns during a Mass at a Catholic church in Beijing. (Photo by Wang Zhao/AFP)

Beijing is instead promoting Chinese Buddhism and Taoism as more supportive of traditional notions of loyalty to the state, Radio Free Asia reports it as saying.

Tibetan Buddhism remains suspect and under harsh controls, though, "The Battle for China's Spirit," report says.

State-controlled churches are meanwhile failing to meet the growing demand for religion in China, Sarah Cook, Freedom House senior researcher and author of the report, said. "The result is an enormous black market, forcing many believers ... to operate outside the law and to view the regime as unreasonable, unjust, or illegitimate," Cook said. Expanding controls under China's president Xi Jinping — including electronic surveillance, harsh prison terms, and state violence — are now placing at least 100 million Chinese worshipping outside of official control at risk of "high" or "very high" levels of persecution, Freedom House says. Chinese citizens now in prison for independent religious activities likely number in the tens of thousands, with that number probably representing only the "tip of the iceberg," according to Freedom House. Cases detailed in the report include a Christian pastor handed a 14-year prison term for opposing a campaign to remove crosses from churches in Zhejiang, an ethnic Uyghur teenager jailed for 15 years for watching an Islamic religious video on his phone, and a Tibetan monk given an 18-year term for possessing images of the Dalai Lama. 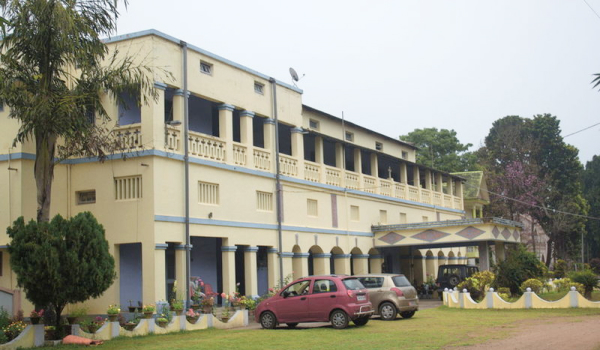