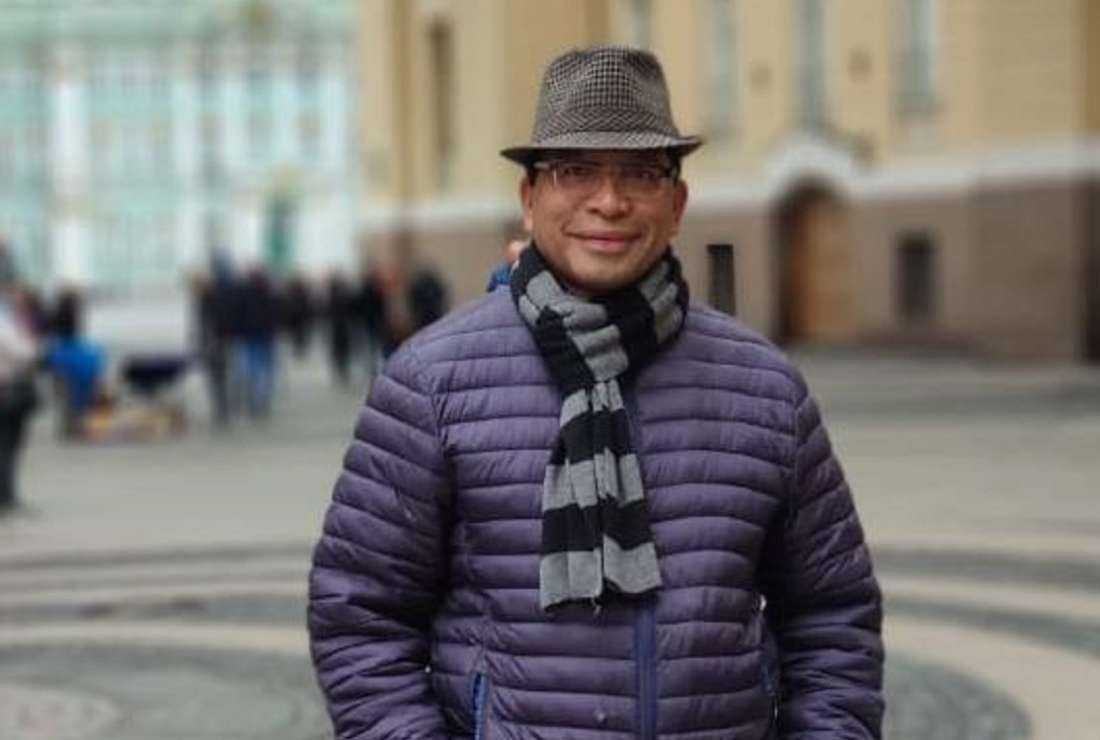 Divine Word Father Baltasar Lukem has served as a missionary in Russia for more than two decades. (Photo supplied)

An Indonesian priest who has been a missionary in Russia for more than two decades said President Joko Widodo's visit last week to the country and Ukraine had "lit the candle of peace" amid the deadly conflict which has also affected his work.

“Although peace will not be achieved in the near future, the visit gives us hope that it will be possible,” Father Baltasar Lukem, magister for Divine Word seminarians in St. Petersburg, said.

Widodo, together with First Lady Iriana, visited President Volodymyr Zelenskiy on June 29 and President Vladimir Putin the next day. In a statement after the two meetings, he underlined the importance of peace, which seems far off at the moment.

Father Lukem expressed his views on the visit in Indonesia's largest newspaper, Kompas, on July 4, saying it "hoped to bring a wind of change towards peace for the two countries."

He said Widodo, as the first Asian leader to visit Ukraine since the Russian invasion, was "expected to soften hearts and encourage the two to immediately sit down at the negotiating table and end the war."

He also praised the visit which was full of risks "amidst the explosion of guns, the whizzing of bullets and a hail of missiles in Ukraine."

"We prefer to convey universal messages, to put love first and work and pray for peace"

Speaking with UCA News by telephone on July 4, Father Lukem, who came to Russia in 1999, described how the conflict had affected his missionary work.

In serving the flock, he said, he and other missionaries were very careful because of the people's diverse backgrounds, and their views were divided between supporting and rejecting Russia’s invasion.

"Because of the situation, we chose not to openly discuss this issue within the Church," he said.

"We prefer to convey universal messages, to put love first and work and pray for peace," he said.

He said that personally, Widodo's visit “strengthens us to remain present as people who offer peace, not exacerbate conflict."

Father Antonius Benny Susetyo, a member of a presidential unit promoting communal tolerance in Indonesia, said Widodo's visit was very symbolic "because he chose to become a bridge with the two countries.”

"He wants to break through various challenges, as well as the doubts of many towards the two leaders. That now the two countries have not stopped fighting, for me it is only a matter of time. I hope other world leaders can take the same steps," he said.

He also described First Lady Iriana’s meeting victims of the war in a hospital in Kyiv as a gesture that sends the message that "war will always bear victims."

Meanwhile, Natalius Pigai, a Catholic activist and former Commissioner of the National Human Rights Commission, said that Widodo is not expected to forget his own homework, namely ending the conflict in Papua.

"The message for peace for Ukraine and Russia is somewhat resonant if problems in his own home are also handled with dignity," he said.

The conflict in Ukraine has killed at least 4,889 civilians since it started in February, according to the UN Human Rights Office of the High Commissioner. More than 5.2 million Ukrainians have sought refuge in European countries and further afield.