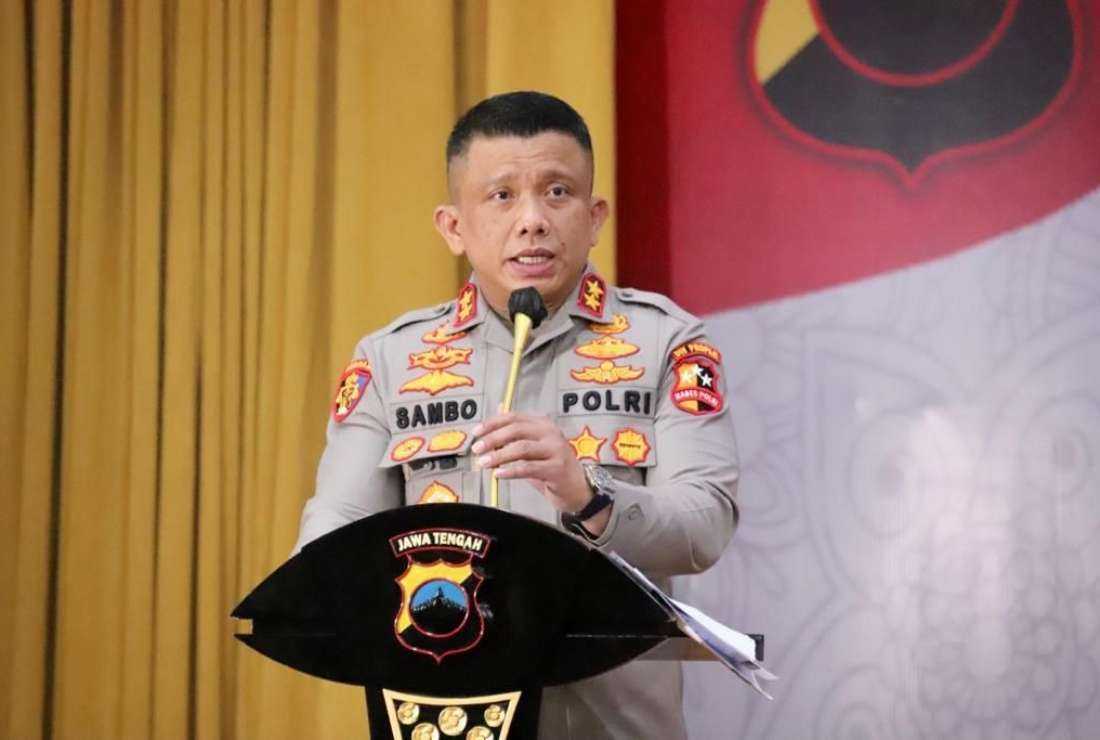 Inspector General Ferdy Sambo, the chief of Internal Affairs of Indonesia's National Police, is accused of masterminding the murder of his own aide, Brigadier Yosua Nopryansyah Hutabarat. (Photo: Indonesia Police)

Police in Indonesia have named a high-ranking Christian police officer as the prime suspect for the premeditated murder of a junior Christian officer.

National Police chief General Listyo Sigit Prabowo announced on Aug. 9 that Inspector General Ferdy Sambo, the chief of Internal Affairs, was the mastermind behind the murder of his own aide, Brigadier Yosua Nopryansyah Hutabarat.

Prabowo stated the special team formed to investigate the case found Sambo allegedly ordering another aide, Richard Eliezer [RE], to shoot Hutabarat at his official residence.

"The special team found that [the victim] was shot dead by RE on the orders of FS," he said, referring to the abbreviation of Eliezer and Sambo's names.

He said Sambo then took Hutabarat's gun and fired several times into the wall, "to leave the impression that there was a gunfight."

Prabowo said investigators were still gathering evidence and witnesses to find out if Sambo also fired shots at the victim.

Two other police officers were also named as suspects in this case, bringing the total to four, for the killing on July 8.

Agus Andrianto, head of the National Police's Criminal Investigation Agency said they were charged with premeditated murder which "carries the maximum death penalty" under article 340 of the Criminal Code.

President Joko Widodo ordered police to form a special investigative team after the initial probe report triggered a public backlash and the victim’s family blamed it for inconsistencies purportedly to vilify Hutabarat.

Police had initially said Hutabarat died in a shootout after he was caught harassing Sambo's wife inside the house, and he pulled the trigger first when confronted.

His family rejected the report and demanded a re-autopsy of Hutabarat's body.

Until this week, the case was mostly reported in media as a "fight between officers" and Sambo seemed untouchable. The usually long period between Hutabarat's death and the first police reports also raised public suspicion.

President Widodo at least twice ordered the police chief to “investigate this case thoroughly without covering up and find the truth.”

Following the second probe, police initiated disciplinary action against 32 officers accused of mishandling the case. At least 10 high-ranking police officers have been removed or suspended from their posts for allegedly derailing the investigation, such as removing CCTV footage of the crime scene in order to assist Sambo.

The case took another turn last week as Richard Eliezer, a major suspect, offered to become a justice collaborator and changed all previous statements over the case. His attorney said he plans to resign from the police.

In a statement, the Indonesian Catholic Student Association and the Indonesian Christian Student Movement said the police's courage to name Sambo as a suspect "was an important point to restore public trust in the police."

"This case has set a bad precedent for the police institution, but after this latest development, we give our appreciation to the police for disclosing the case transparently," they said.

Hendardi from Setara Institute for Democracy and Peace said the police had "passed a tough test" to regain public trust.

“…bad cop and good cop will always be there. However, as an instrument of law enforcement, the police institution must still carry out its legal and constitutional duties to uphold justice. The police must be monitored and criticized, but as a mechanism, they must be trusted,” he said.

Rights groups have documented misconduct, conspiracy and brutality by police in Indonesia.

In 2020, the Indonesian Commission for Missing Persons and Victims of Violence (KontraS) reported that police brutality in the previous years resulted in 304 deaths and 1,627 injuries in 921 violent incidents.

In 2021, police committed 652 brutal acts against civilians, leading to 13 deaths and 98 injuries, due largely to the use of excessive violence and arbitrary shootings, the group reported.

COGITO
Racist journalists, why do you mention religion for murderers? This is pure crime, it has nothing to do with religion. Don't bother Indonesia with your racist views.
Reply

FREDERICK BENJAMIN
Religion is not race, you stupid monkey!!

EDY CHANDRA
The reporter is rasiscm,are you christian?...is not good to use "top Christian murder" at the headline.... the ferdy sambo as a cop is personal not institution of christian or a cops okay
Reply

FREDERICK BENJAMIN
Christian is not race, it has nothing to do with racism. Moron!