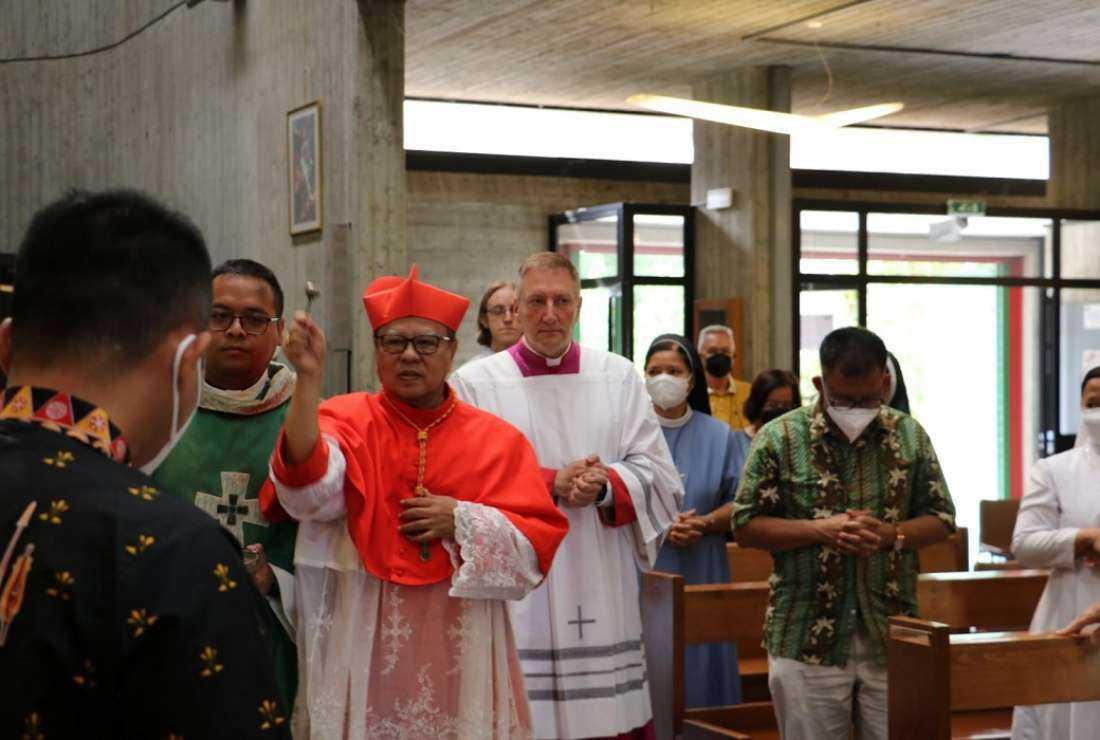 Indonesian Cardinal Ignatius Suharyo Hardjoatmodjo of Jakarta has formally taken possession of his titular church in Rome more than two years after Pope Francis made him a cardinal.

Cardinal Suharyo, 72, president of the Catholic Bishops’ Conference of Indonesia, took possession of the Spirito Santo Alla Ferratella Church during a ceremony on Aug. 28.

The event came a day after Pope Francis created 20 new cardinals including six from Asia in a consistory on Aug. 27.

The prelate told UCA News that the Covid-19 pandemic caused the delay in getting his titular church.

According to the Code of Canon Law, every cardinal is assigned a titular church upon his elevation. A titular church serves as an honorary designation signifying the relationship between the cardinal and the pope — the bishop of Rome.

The cardinal, however, does not have any power to govern or interfere with matters concerning the administration of his parish.

During the ceremony on the day, Cardinal Suharyo led a Eucharistic celebration in Latin in the Rome-based parish. Among those attending the Mass were Archbishop Piero Pioppo, apostolic nuncio to Indonesia, Divine Word Father Markus Solo Kewuta, director of the Vatican Interfaith Dialogue for Asia and Pacific of the Pontifical Council for Interreligious Dialogue and dozens of members of the Association of Indonesian Religious Men and Women in the Eternal City (IRRIKA) and lay Catholics.

IRRIKA head, Father Paulus Halek Bere of the Congregation of the Sacred Hearts of Jesus and Mary, told UCA News that the ceremony consisted of three main parts.

“Third, the sharing session with members of IRRIKA, which was held in the Embassy of the Republic of Indonesia to the Holy See.”

During the sharing session, he said, Cardinal Suharyo called on all members of IRRIKA to continue to enliven the spirit of the popular slogan “100 percent Catholic and 100 percent Indonesian,” which was first coined by Jesuit Father Albertus Soegijapranata — the first native Indonesian bishop — to Catholics.

“The sharing session was very inspiring. Indeed, members of IRRIKA must always show the characteristic of the Indonesian people in our missions here in Italy: individuals who are friendly and who care for others,” said Father Paulus, who studies Scripture at the Pontifical Biblical Institute in Rome.

Indonesia has an estimated 8 million Catholics in the Muslim-majority nation of more than 267 million.

Cardinal Suharyo is the third Indonesian prelate elevated to the College of Cardinals after Cardinal Justinus Darmojuwono (1914-1994) and 87-year-old Cardinal Julius Riyadi Darmaatmadja.