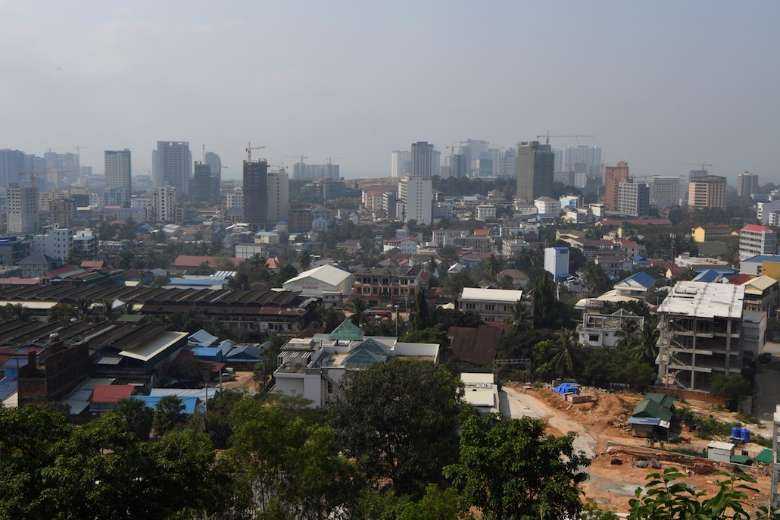 The Cambodian port city of Sihanoukville has earned a reputation for organized crime. (Photo: AFP)

Some 44 Indonesians have been rescued by Cambodian authorities after they were "traded like cattle" within a syndicate of Chinese companies and forced into scamming people through online gambling syndicates.

The government-friendly Khmer Times said the release of the Indonesians followed days of negotiations amid careful planning and coordination with Cambodian law enforcement agencies and the Indonesian embassy in Phnom Penh.

Of the 44, more than 30 “had gone through a harrowing time when they were traded like cattle by another online gambling syndicate from Sihanoukville to Chrey Thum,” the report said.

Sihanoukville, a favored provincial city for Chinese investors on Cambodia’s south coast, is a hive of gambling — legal or otherwise — and has earned a reputation for organized crime. Chrey Thum is on Cambodia’s southeast frontier near the Vietnamese border.

The report said the Indonesians were forced to work at least 12 hours a day and often faced threats from the company unless they reached a daily quota of scammed victims.

“If the recruited workers failed to reach the bare minimum, their lives became a living hell. In order to leave the company, the syndicate operators demanded that the workers or their families pay between US$3,000 and $5,000 as compensation money to be released,” it said.

They were ordered to create fake profiles on Tinder, WhatsApp and Facebook to entice people into fraudulent investment schemes involving cryptocurrencies, foreign exchange and shares

Analysts say corruption and weak law enforcement have undermined local police efforts to crack down on human trafficking where victims were initially lured by false promises of regular jobs with higher salaries.

The Cambodian government banned online gambling in December 2019. That sparked a Chinese exodus from Sihanoukville, which gathered pace as the Covid-19 pandemic took hold and forced Cambodia to close its borders.

An investigation in September last year by the Thomson Reuters Foundation found foreign workers and tourists stranded in Cambodia during the pandemic had been trafficked and forced to work in sophisticated Chinese-run online scams.

The victims were mainly from Africa and Asia, and they said they were ordered to create fake profiles on Tinder, WhatsApp and Facebook to entice people into fraudulent investment schemes involving cryptocurrencies, foreign exchange and shares.

Cambodia reopened for tourists and foreign business on Nov. 1, 2021. Since then Chinese and Westerners have begun to return. Although numbers remain low, increased crime has been reported.

Three Cambodians recently alleged they were trafficked for work in online gambling, sounding the alarm of possible forced labor cases in Sihanoukville among the authorities.

In mid-February, a Chinese man claimed he had been imprisoned and had his blood excessively drained and sold by a gang in Sihanoukville.

However, Cambodian police have since informed the Chinese embassy that their investigation revealed the “blood slave case” was a hoax and that four people were now facing prosecution.