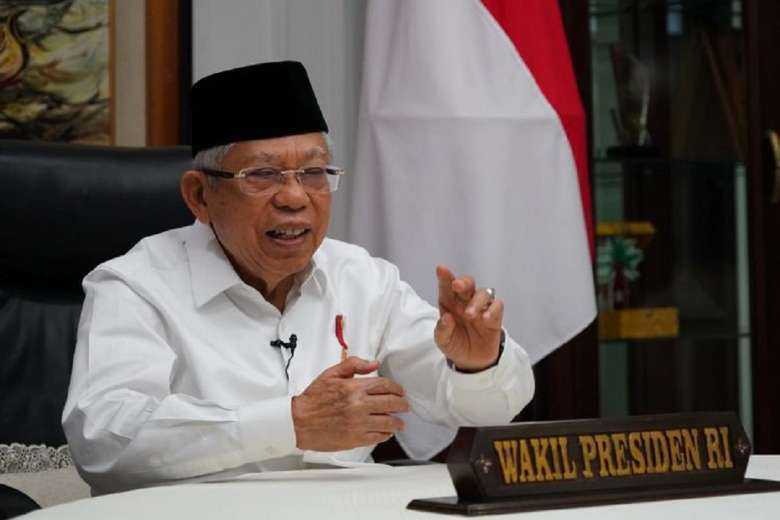 Indonesian Vice President Ma'ruf Amin has appealed to Christian churches in Papua to cooperate with the government to build peace and prosperity in the restive and impoverished region.

Ma'ruf Amin made the appeal during a meeting with the leaders of the Communion of Churches in Papua at his office in Jakarta on April 20.

He said the presence of the ecumenical body in Papua and West Papua provinces should make it easier for the government to develop Indonesia’s poorest region, which has been plagued by a separatist insurgency for decades.

"The churches have an important role in promoting and implementing sustainable development in Papua and building peace and welfare," he told the Protestant leaders at the meeting.

"We agree to seek a solution so that we don't prolong the conflict but we must achieve sustainable development. The government and churches must seek a peaceful solution. It is very important."

He called on all those at the meeting to work with other religions in Papua to spread the message of peace.

“The Communion of Churches in Papua should involve all parties in Papua, including the Papua Peace Network, in encouraging peaceful dialogue”

Reverend Hiskia Rollo, chairman of the Communion of Churches in Papua, said the various churches would do their best to work with the government to improve the economic situation and build peace in Papua but would remain neutral on certain political issues. Observers took this to include the issue of independence.

He said church leaders affirmed that they would commit to reaching out to all sides involved in the conflict in Papua to realize peace.

To optimize their role, Rollo said, the churches have agreed to establish a Papuan Christian Center as a home for all churches in Papua to discuss various issues so that evangelism work can have a positive effect on the welfare of all people in Papua.

Theo Hesegem, executive director of the Papua Justice and Human Integrity Foundation, said the churches must hear the voices of those who have suffered the most in the conflict.

“The Communion of Churches in Papua should involve all parties in Papua, including the Papua Peace Network, in encouraging peaceful dialogue,” he told UCA News.

The Papua Peace Network, led by Father John Bunay, is a Catholic group looking to forge a peaceful resolution to the violence plaguing the region.