Police in Indonesia’s West Nusa Tenggara province have arrested four women for throwing rocks during a protest on Dec. 26 last year against a tobacco factory which they claimed was causing air pollution that was making their children and many others sick.

Nurul Hidayah, 38, Martini, 22, Fatimah, 38, and Hultiah, 40, from Wajageseng in Lombok Tengah district, were arrested on Feb. 17 and thrown into the local prosecutor’s jail along with their young children.

The move has drawn widespread condemnation from human rights groups.

The local chief prosecutor, Otto Sompotan, defended the arrests, saying they were in line with the law.

"They threw rocks at the factory causing serious damage to its roof, so they must be detained," Sompotan was quoted by Indonesian news portal Kompas.com as saying.

Under Indonesian law, they face a maximum seven-year prison sentence, he said.

Relatives of the women said they were only expressing widespread concern among local people about pollution allegedly being committed by the tobacco factory owned by the Mawar Putra company.

“Our children often suffer shortness of breath and are sick because of the smell,” said Antonio, the husband of the protester called Martini. The couple, like many Indonesians, only go by one name.

They were representing more than 1,000 local people who have been impacted by the pollution and ignored for 13 years. 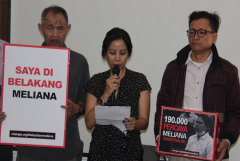 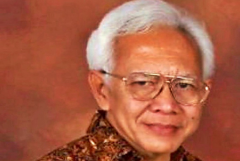 The National Commission of Human Rights said detaining four women with their babies was unnecessary.

“It shows the contempt the factory owner and law enforcers have for ordinary people,” he told UCA News.

He said he doesn’t know why the prosecutor needs to detain them and why the case cannot be resolved out of court.

“The law was designed to provide justice for society, not to oppress,” he said.