Commission is set to issue code of conduct in bid to end racial, religious discrimination during elections 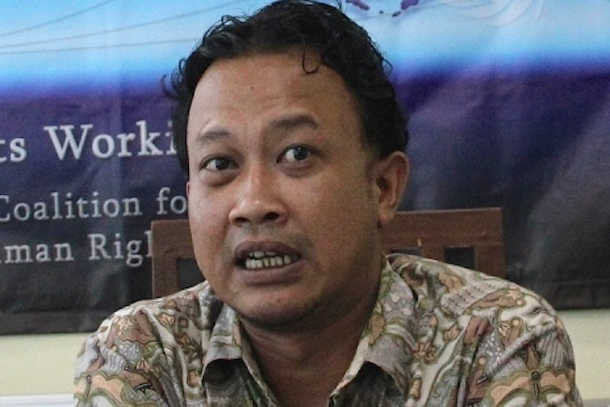 Indonesia's Human Rights Commission will issue a code of conduct seeking the elimination of racial and ethnic discrimination that will be used as a guideline to remove sectarianism from election campaigns.

The move comes after the commission noted how sectarianism played a prominent role in last year's Jakarta governor election and recent local polls.

It will be issued in the next few weeks and distributed among political parties, the general election commission, election supervisory bodies, law enforcers, and religious organizations to study ahead of legislative and presidential elections in April next year.

Lawyers, academics, experts, communities, and religious organizations are helping draw up the document.

"The commission is determined to set out norms to eliminate race and ethnic discrimination during the presidential election in 2019 and other polls, because it is important with regards to national unity," Choiril Anam, a human rights commissioner, told ucanews.com on July 19.

The commission, he said, has monitored

Sectarian campaigns figured highly in the run up to regional elections on June 27, Anam said.

He pointed to the governor election in North Sumatra, where Muslim voters were told to reject candidates from other ethnic and religious groups, namely Jarot Saiful Hidayat, an ethnic Javanese and his deputy Sihar Sitorus, a Christian.

Former Jakarta governor, Basuki Tjahaja Purnama, fell victim to sectarianism in the Jakarta election in 2016 because he is a Christian.

According to Anam, next year's presidential election will be vulnerable to sectarian issues being used against President Joko Widodo.

He is often accused of being anti-Islam and pro-Chinese.

Muhammad Ali Safaat, a lecturer at Brawijaya University in Malang, East Java, said that he was delighted the commission was paying particular attention to preventing race and ethnic discrimination during campaigns.

"Although there is already a law to prevent discrimination, this code of conduct will guide people and make them realize that sectarian campaigns have no place in Indonesian democracy," he said.

Father Paulus Christian Siswantoko, executive secretary of the Indonesian bishops' Commission for the Laity, said the Catholic Church back the move.

However, he also suggested strict sanctions be imposed on those who make discriminatory statements or political parties that allow such things to happen.

"The quality of democracy in this country will be much improved if we can minimize any form of discrimination," the priest said.