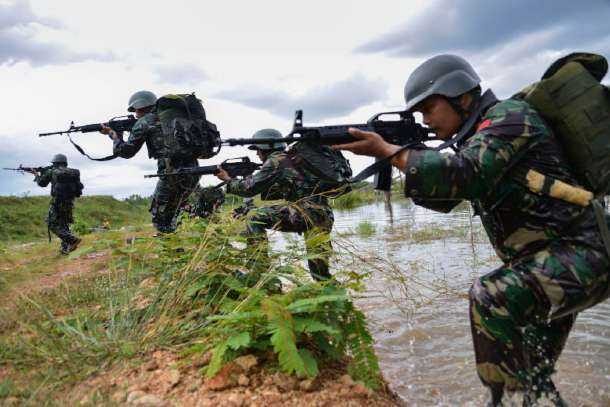 Angry Protestants in Indonesia have demanded a thorough investigation into the murder of a pastor shot dead in the restive province of Papua last week.

The Communion of Churches in Indonesia (PGI), an umbrella group of Protestant denominations in the country, made the demand in a letter sent to President Joko Widodo, a copy of which was received by UCA News on Sept. 22.

Reverend Yeremia Zanambani of the Gospel Tabernacle Church of Indonesia (GKII) was found dead outside his residence in Hitadipa, a village in Intan Jaya district, on Sept. 19.

The death of the 67-year-old pastor, who was a leader of the Moni indigenous group and ran a local high school, came shortly after two soldiers were reportedly killed in a clash with insurgents in the area.

His killing sparked a war of words between separatists and the military over who was responsible.

“We want the president to pay serious attention to the arbitrary shooting that killed Reverend Yeremia Zanambani, a God’s servant,” the PGI said in its two-page letter to Widodo. The GKII and local media said the shooting was committed by soldiers conducting a sweep in the area. However, the military denied any involvement in the killing and accused separatists of shooting the pastor, according to national media reports.

The police also denied the security forces were responsible, saying no policemen or soldiers were in the area

“Of course, it is not easy for us to clarify the incident. Therefore, we want the president to immediately order the national police chief to conduct a thorough investigation and bring those responsible to court. We suggest that an independent fact-finding team is formed,” the PGI said in its letter. It was signed by the group’s chairman, Reverend Gomar Gultom, and general secretary Reverend Jacklevyn F. Manuputty. A similar call came from Azas Tigor Nainggolan, coordinator of the human rights desk of the Indonesian Bishops’ Conference’s Commission for Justice, Peace and Pastoral for Migrant-Itinerant People. “The government must change its approach in settling issues faced by the Papuan people. The government has so far taken a security approach as if the Papua region is a war zone,” he told UCA News. “A more culturally sensitive approach is needed,” he added, calling for a transparent police probe. Usman Hamid, executive director of Amnesty International Indonesia, said the shooting “shows, again, the state’s failure in creating peace in the Papua region.” Saying that the pastor’s shooting was the 15th recorded this year, he also urged the military to come clean “if the investigation results show the perpetrators are soldiers.”