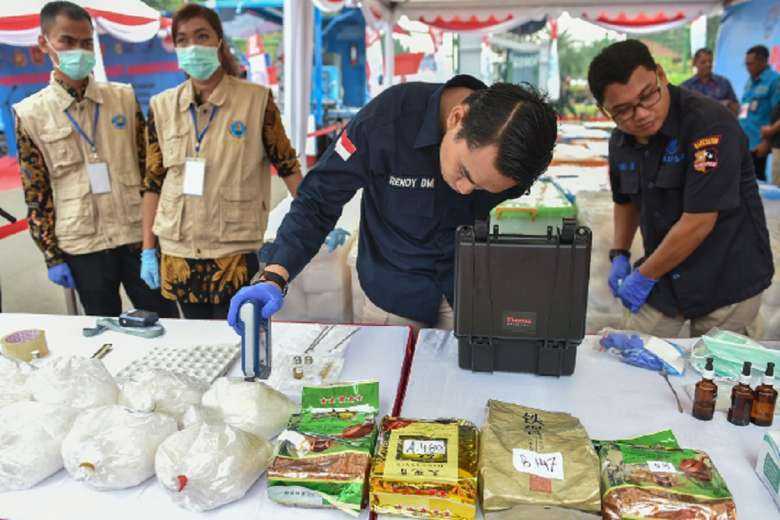 Prosecutors in Indonesia have sought the death penalty for eight people accused of smuggling crystal methamphetamine into the country last year.

They are accused of collecting more than 201 kilograms of the drug from a boat off Aceh province and taking it to capital Jakarta in December.

They were rounded up following an investigation by police after one of the group was arrested in Jakarta.

Prosecutors told judges at Banda Aceh District Court during a virtual hearing that such a large amount of drugs “warranted the death penalty.”

Indonesia has some of the world's toughest drug laws. Anyone caught with more than 1kg of marijuana or 5 grammes of cocaine can be put to death.

There are at least 350 death row inmates in Indonesia, 60 percent of whom are convicted drug traffickers, according to a recent research report by Oxford University.

“Prosecutors must understand that drug-related crime is very complex and the motives behind it are varied, which makes a blanket policy questionable,” he said.

“Seeking the death penalty against them will never stop drug-related crime.”

Amnesty International, meanwhile, has criticized Indonesia for the way it has been handing out death sentences since the Covid pandemic began, with many convicts being told via video link that they will face the firing squad.

Almost 100 inmates have been sentenced to die via video since early last year, the rights group said.

In April, 13 members of a trafficking gang, who included four foreigners, learned via video that they would die for smuggling 400kg of methamphetamine into Indonesia.

“The death penalty has always been a cruel punishment. But this online trend adds to the injustice and inhumanity.”

The last executions in Indonesia took place in 2016 when four inmates were shot by firing squad after being convicted of drug trafficking.