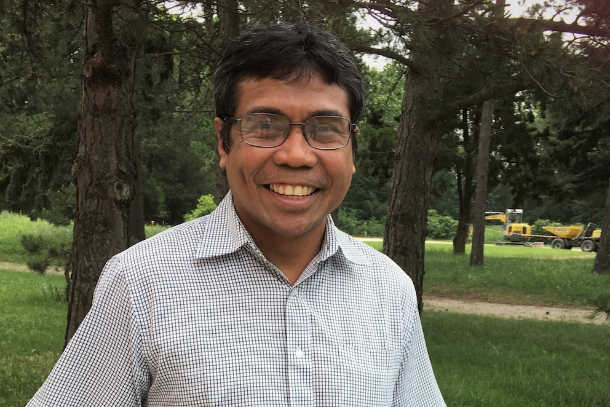 Father Paul Budi Kleden, the new general superior of the Divine Word Society. The Indonesian priest will lead over 6,000 members across the globe. (Photo supplied)

SVD was founded by German Saint Arnold Janssen in 1875 and currently has over 6,000 members.

Born on Nov. 16, 1965, on the Catholic-majority Indonesian island of Flores, Father Kleden joined Divine Word soon after he graduated from the local San Domingo Minor Seminary in 1985. He was ordained as a priest in 1993 and then worked as an assistant pastor in Switzerland until 1996.

In 2000, he earned a doctorate degree in systematic theology at Albert Ludwig's University, Freiburg, Germany, and a year later became theology professor at the society's St. Paul Major Seminary of Ledalero on Flores. There he encouraged students to fight against inhumane conditions in order to build a just and peaceful society.

Father Kleden, who has written dozens of books as well as numerous newspaper articles, became an SVD council member and moved to Rome in 2012.

Father Otto Gusti Madung, a professor at St. Paul Seminary, said Father Kleden had been very active on a wide range of public policy areas, including in relation to education, gender and corruption.

That had included advocating on behalf of a domestic worker who was impregnated by a regent on Flores.

He also took up the cause of coffee farmers who were killed by police when they opposed the policies of local officials.

One of Father Kleden’s former theology students, Gusti Adi Tetiro, described him as smart and humble.