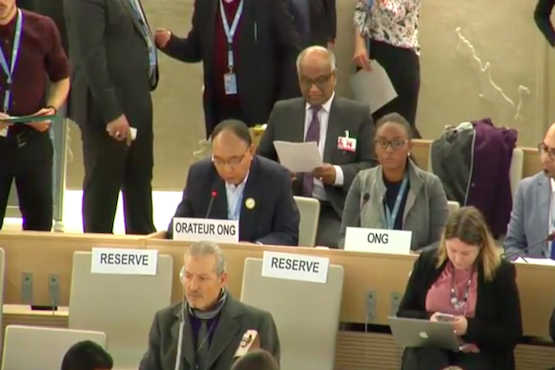 A Divine Word priest has appealed to Jakarta to investigate all rights abuses committed against Indonesian migrant workers and that a moratorium be imposed on sending them to work in Malaysia.

Father Paulus Rahmat issued the appeal at the 37th regular session of the Human Rights Council in Geneva on March 14.

He was speaking as a representative of Vivat International and Franciscan International, non-governmental organizations with U.N. General Consultative Status.

"The exploitation and mistreatment of Indonesian migrant workers still continues today," he told the council.

This was especially the case for people from Christian-majority East Nusa Tenggara province working in Muslim-majority Malaysia, he added.

He cited the case of Adelina Jemira Sau, a migrant worker who died on Feb. 11 in Malaysia after being physically abused by her employer.

"Migrants are often exploited and tortured and lack health care and other services, which leads to permanent disabilities and them even taking their own lives," Father Rahmat said.

According to Hermono, general secretary of the Agency for the Placement and Protection of Indonesian Migrant Workers, the number of migrant workers from East Nusa Tenggara dying in Malaysia rose sharply last year, with 62 people dying, up from 46 in 2016.