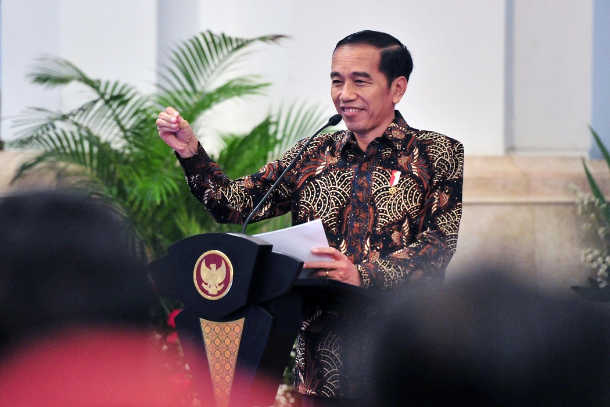 Indonesian President Joko Widodo has extended an official invitation to Pope Francis to visit the Muslim-majority country after news reports emerged last week saying the pope wanted to go there.

In the letter, Widodo said he had been informed about the pope’s plan to visit the country.

“With that regard, I am delighted to extend to the Holy Father, as the Spiritual Head of the Catholic Church, an official invitation to be our guest,” Widodo wrote.

He said a papal visit would further strengthen bonds between Christians and Muslims in Indonesia.

“His Excellency’s visit would provide very good momentum in strengthening friendship and cooperation for the sake of our mutual benefit,” Widodo wrote. "Please accept, Holy Father, the assurances of my highest esteem."

Shanti Purwono, a presidential adviser, confirmed the invitation was sent to the Vatican.

Pope Francis’ wish to visit was revealed by Yahya Cholil Staquf, secretary-general of Nahdlatul Ulama, the country’s largest Islamic organization, following a meeting with the pope on Jan. 15.

Staqut, who was in Rome to attend an Abrahamic Faiths Initiative meeting which gathered Christian, Jewish and Muslim leaders, told Catholic News Agency that Pope Francis planned to visit Indonesia and neighboring Timor-Leste and Papua New Guinea in September.

Achmad Nurkholish from the Indonesia Conference on Religion on Peace (ICRP) said a papal visit would be a welcome boost to interfaith relations.

"The visit can strengthen Catholic-Islamic relations by energizing interfaith dialogue and cooperation," he said.

By coming to Indonesia, the pope would see for himself the dynamics of the relationships between religious communities, he added.

Father Antonius Benny Susetyo, a member of a presidential unit promoting communal tolerance, encouraged Widodo to push for the visit, calling the invitation a good opportunity within the framework of international politics to show a strong commitment to a culture of dialogue amid various conflicts around the world today.

"I think Indonesia is important in the context of it being the world’s largest Muslim country pursuing democracy with an emphasis on tolerance enshrined in the Pancasila philosophy," he said, referring to Indonesia’s national ideology that stipulates belief in one God, a just and civilized society, a united Indonesia, democracy guided by consensus, and social justice for all citizens.

"It is hoped that the pope's presence will enable the world to learn from Pancasila and see it as a more pro-humanitarian alternative to the new world," he said.