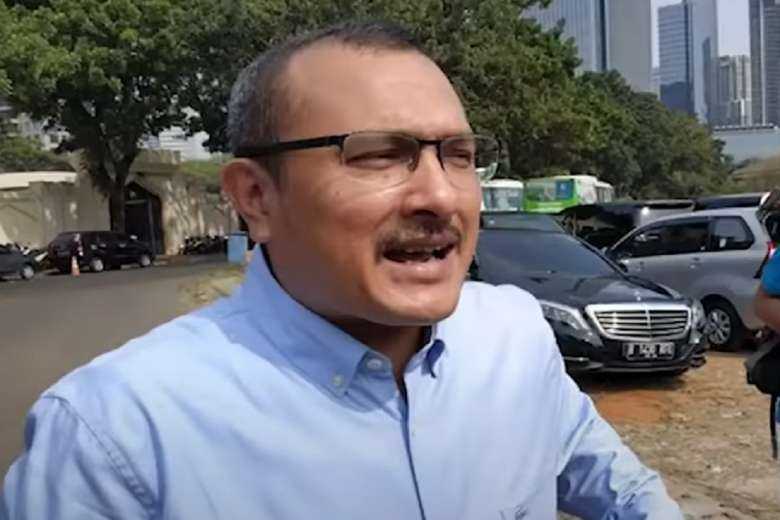 A Protestant politician in Indonesia is facing a prison term after being charged with hate speech for allegedly making offensive social media comments on religious, ethnic and racial issues.

Ferdinand Hutahaean, a Democrat Party politician who failed to win a national assembly seat in parliamentary elections in 2019, was arrested on Jan. 10 following an outcry over a comment on Twitter in which he allegedly taunted Muslims by calling their God “weak.”

“Poor you, your God is evidently weak [and] must be defended. My God is amazing, [he] is everything. He is my defender, and my God does not need to be defended,” the tweet said.

Hutahaean was arrested after two individuals filed police reports against him on Jan. 5 accusing him of insulting Islam.

Police spokesman Ahmad Ramadhan said Hutahaean had been charged under the Electronic Information and Transactions (ITE) law which bans online hate speech and which carries a 10-year prison term.

Ramadhan said Hutahaean will be detained for 20 days for further investigation.

Luqman Hakim, its chairman, said Hutahaean’s arrest was appropriate as the comments “had the potential to sow divisions in society.”

In a video later posted on Twitter, Hutahaean apologized for the tweet, saying it was “an imaginary dialogue between my heart and mind” and had nothing to do with a certain group or religion.

The tweet was the latest in a series of social media posts that have sparked uproar in Indonesia.

In December last year, Joseph Suryadi, a 39-year-old Christian, was charged with blasphemy for allegedly insulting Islam by comparing the Prophet Muhammad with an alleged child rapist in a social media post.

In August of the same year, police arrested Muhammad Kace, a Christian YouTuber, after a series of complaints were filed by Muslims accusing him of blasphemy.

He claimed the Prophet Muhammad was “surrounded by devils and liars” in a video posted on YouTube.