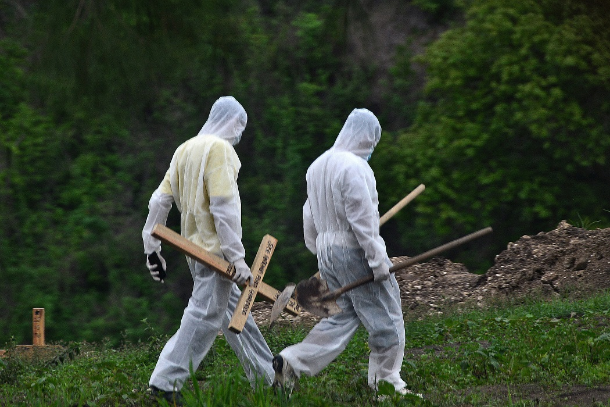 Police in Indonesia’s South Sulawesi province are to charge 12 people who illegally took the bodies of relatives who died of Covid-19 so that they could carry out their own funerals.

Many families have objected to the rules, saying they deny them privacy and their dead relatives the right to a proper funeral.

The 12 people to be charged were accused of taking several corpses from four different hospitals in provincial capital Makassar.

“We will never let it happen again — people cannot simply take and bury patients who died of Covid-19 on their own,” Ibrahim Tompo, spokesman of South Sulawesi police, said on June 11. “Security forces will now be stationed at hospitals to prevent this."

He said the 12 suspects had violated the Criminal Code and a 2018 law on health quarantining and could face seven years in prison.

“Some have been infected with the virus after coming into contact with the corpses,” he said.

Similar incidents have occurred recently at other hospitals around the country.

Dr. Felix Gunawan, chairman of the Catholic Association of Indonesian Health Services, said the incidents showed a lack of understanding about the dangers of the virus, particularly its symptoms and transmission.

“They simply don’t get it. It’s a big task for local governments and those battling Covid-19 to educate people. Local community leaders should actively be involved in educating people,” he told UCA News. “Muslims must not take the corpses of those died of Covid-19 because it will not only endanger themselves but also their community members,” said Aminudin Yakub, a member of the MUI’s fatwa commission.