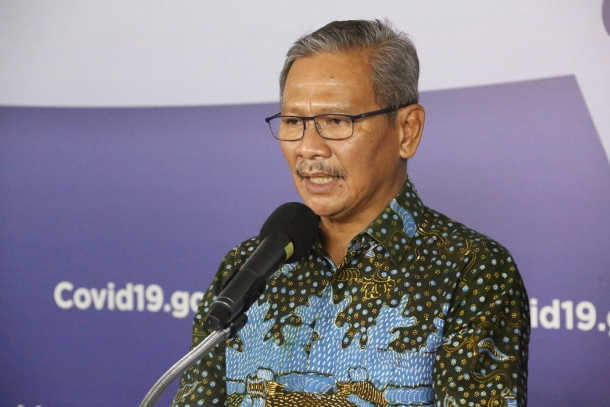 Authorities in Indonesia have issued a stern warning to Muslims to strictly follow health protocols when they celebrate Eid al-Fitr after new Covid-19 infections jumped by almost 1,000 in one day.

Achmad Yurianto, the government’s Covid-19 task force spokesman, announced on May 21 that another 937 new cases had been confirmed, the biggest daily increase since the pandemic reached the country.

"The increase is extraordinary," he told a press briefing.

The dramatic increase occurred among vulnerable groups that were infected by people who showed no symptoms, he said.

Yurianto call for Muslims to do more to protect themselves bearing in mind increased social activity ahead of Eid — the end of the Muslim holy month of Ramadan — which culminates on May 24.

"We understand community activities ahead of Eid increases. We will not prohibit them but people have to follow health protocols,” he said.

He said people should stay at home if possible, avoid crowds and maintain social distancing.

Scenes of people flocking to shopping malls and markets in recent days have increased government concerns over social distancing rules being ignored.

Minister of Religious Affairs Fachrul Razi has called on Muslims to perform Eid prayers at home.

He recommended they use social media to stay in touch with friends and relatives and avoid face-to-face meetings during Eid celebrations.

Aries Purwanto, a Muslim in Tangerang, Banten province, said his family have no choice but to limit outside activities. He said the area he lives in has been declared a red zone and subjected to stricter social restrictions until the end of May.

"We can only go out to buy basic needs at the market," he told UCA News. “It's disappointing but we have no other choice.”

Purwanto, who is also an imam at a small mosque in his housing complex, said they will not hold communal prayers in accordance with the government’s wishes.

Meanwhile, in a video message to Muslims, Cardinal Ignatius Suharyo of Jakarta said he was praying for Muslims and wished them a blessed Eid al-Fitr despite the restrictions.

“May our devotion to God become more fruitful to our brotherhood, which in turn bears compassion that is highly demanded in today’s situation, the willingness to share life in a more concrete form,” he said.