The “moral revolution” radical cleric Muhammad Rizieq Syihab has called for since his return from exile two weeks ago is more than just a religious call to turn people back to God and fight tyranny and corruption.

It’s divisive, dragging Indonesians into an intense psychological war that has seen some people burning posters bearing his image.

His hate speeches and the stubbornness of his followers at the Islamic Defenders Front (FPI) have angered the public, yet there has been no significant response from the government.

Even the police have not dared to go after him or his followers for fear it might spark violence they are noted for when anyone stands in their way. Repeated calls by health authorities and the government for him to stop staging events with large crowds amid the pandemic fall on deaf ears. 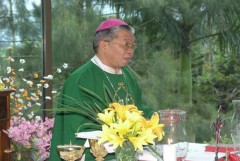