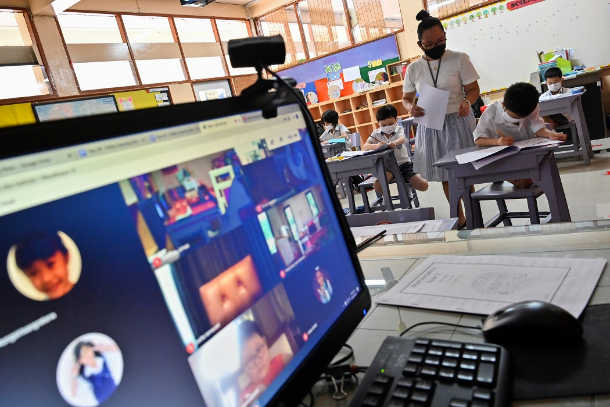 The alleged Indonesian abuser of at least 30 boys in West Java’s Sukabumi district is thought to have lured his young victims via social media. (Photo: Romeo Gacad/AFP)

Indonesian police have arrested a suspected pedophile thought to have raped at least 30 boys in West Java province.

The 23-year-old man, who was not named, was arrested in Pulosari, a village in Sukabumi district, local police chief Rizka Fadhila said.

He said the arrest followed a complaint by the parents of one of the alleged victims. The offenses are believed to have taken place over the last year.

"He attacked young boys whom he had befriended on Facebook,” Fadhila told reporters on June 29 without giving the ages of the boys, only saying they were all minors.

He lured them by offering to teach them black magic so that they could defend themselves against criminals, the policeman said.

Fadhila said police, fearing other cases may have gone unreported, are still investigating to find out if there are more victims.

Many rapes, even of children, go unreported in Indonesia due to social stigma.

Putu Elvina, a commissioner at the government’s Indonesian Child Protection Commission, said she hoped the legal process can show people that the law serves as an instrument of justice for victims. “The perpetrator must be punished severely if found guilty,” she said.

She also encouraged parents to have the courage to report such crimes. “Child sexual abuse cases have been left in the darkroom because people are afraid to report,” she said.

She said reporting a sexual crime immediately after it happened is important to boost the chances of justice being served.

She said a victim’s testimony is needed to help the commission take necessary steps on how to help them, such as providing medical and psychosocial rehabilitation “so they don’t suffer trauma.”

“We are coordinating with police to meet the victims to give them counseling while the wheels of justice turn against the accused,” she said.

It is not the first pedophile case to emerge from the locality. In 2014, Andri Sobari, a 23-year-old man also from Sukabumi, was convicted of abusing at least 40 children. He was sentenced to 15 years in prison.