Priest is being falsely accused of stoking interreligious tensions over video shared about arrest of Muslim cleric, they say 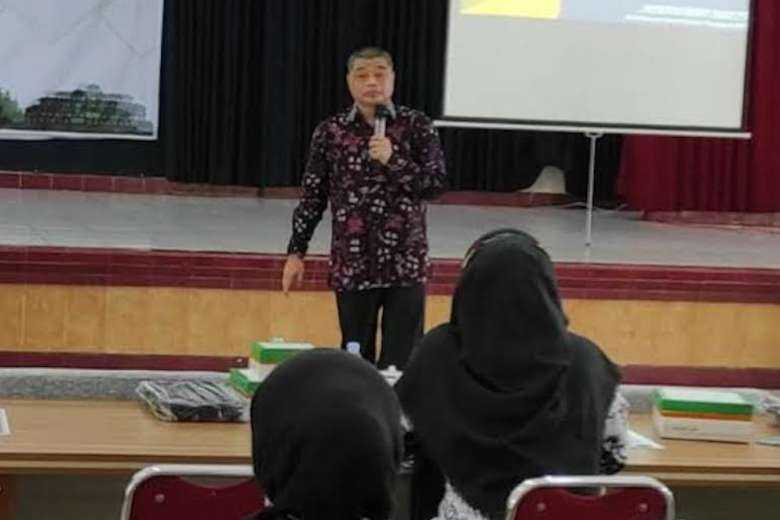 Father Antonius Benny Susetyo, a member of a presidential unit promoting communal tolerance, speaks at a seminar in Jakarta in this file photo. (Photo supplied)

A group of Indonesian lawyers has defended a Catholic priest who shared a video criticizing the country’s top Muslim clerical body after police arrested one of its senior officials on suspicion of having links to terrorism.

Father Antonius Benny Susetyo, a member of a presidential unit promoting communal tolerance, was accused by conservative Muslim groups and individuals of stoking religious conflict by interfering in the affairs of the Indonesian Ulama Council (MUI).

The video from a former director of the rights group, the Setara Institute for Peace and Democracy, was critical of the MUI for allowing Ahmad Zain An-Najah, who was arrested by anti-terror police last week, to sit on its Fatwa Commission.

An-Najah is accused of having links to the Jamaah Islamiyah (JI) terror group, which is responsible for a number of attacks across Southeast Asia.

Both Christian and Muslim lawyers from the Archipelago Lawyer Movement have since leaped to the priest’s defense, saying he should not be attacked for simply sharing a video.

They said some of the attacks accused the priest of doing things he had not even done.

They pointed to a social media post by Rocky Gerung, a lecturer at the University of Indonesia in Jakarta, who they say falsely accused the priest of describing the MUI as being a nest of terrorists on the video.

“The accusations are baseless and bring into conflict or divide individuals and groups,” the lawyer group said in a Nov. 24 statement.

It accused Gerung of trying to use Father Susetyo, as he came from a religious minority to serve his own political interests.

“This is perverted, dishonest, and stupid, without any basis of fact,” the lawyers said.

They also questioned why the lecturer didn't attack Hendardi who made the video and called for the lecturer to apologize to the priest.

Petrus Celestinus, another lawyer, called the attack on the priest another attempt by hardliners to sow divisions in Indonesia and create a rift between Father Susetyo and the MUI.