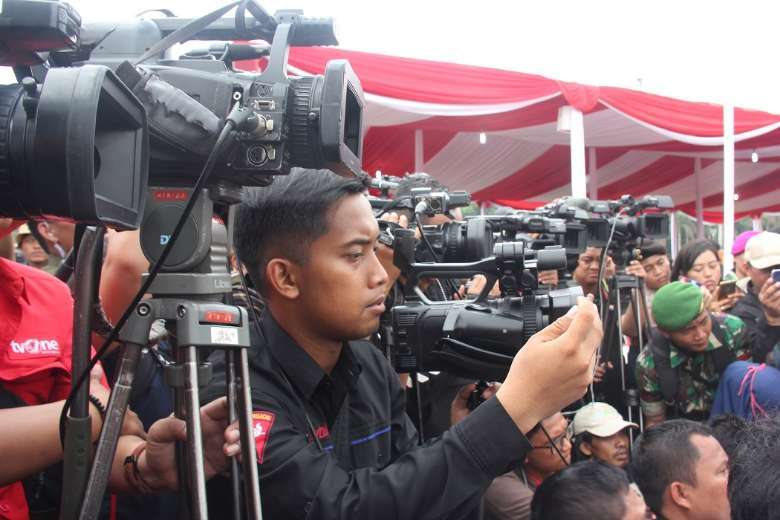 Indonesian journalists marked World Press Freedom Day on May 3 by calling on the government and parliament to revise a law they say has been used to gag and persecute them.

According to the Alliance of Independent Journalists (AJI), the information and electronic transaction law, which aims to regulate online content, has been used to prosecute at least 25 journalists in recent years, some of whom have been jailed.

The law, introduced in 2008, was revised in 2016 to expand the definition of defamation and libel and to increase the jail terms for the crimes from four to six years.

Critics say the definition of defamation and libel is too vague, especially when it comes to hate speech based on race and religion, and leaves the law open to abuse.

It has also been used to target journalists legitimately trying to hold government figures and officials accountable for their actions, they said.

“The law has been used to victimize many journalists,” Erick Tanjung of the AJI said at the launch of the organization’s “Report on the Press Freedom Situation in Indonesia in 2021” in Jakarta.

Journalists must be given space to be as independent as possible, not shackled

Tanjung cited the case of Diantara Putra Sumedi, a journalist from the Banjar Hits news website based in South Sulawesi province, who was sentenced to more than three months in prison in 2020 for “misquoting” a local government official.

Meanwhile, Muhammad Asrul, a journalist from berita.news, a local news portal also in South Sulawesi, was detained for 36 days in 2019 because of an article on local corruption, the reporting of which met recognized reporting standards.

Father Paulus Christian Siswantoko, executive secretary of the Indonesian bishops’ Commission for the Laity, said journalists have a case in calling for a change to the law.

“If it doesn’t give the justice it is supposed to do and works to stifle press freedom, they have the right to call for changes,” Father Siswantoko told UCA News. To make changes, the law must be evaluated and should include input by from various sources including journalists, he added.

“Journalists must be given space to be as independent as possible, not shackled,” the priest said, adding they must give freedom to criticize as long as they follow proper journalistic standards.

Coordinating Political, Legal and Security Affairs Minister Mahfud MD defended the law, saying it is necessary to police criminality online. However, he said revisions could be made if there were flaws.

Indonesia ranks 113th out of 180 countries in the World Press Freedom Index for 2021 released last month by Reporters Without Borders.