More than 160 indigenous people killed in conflicts while abandoned mines have claimed many children, report says 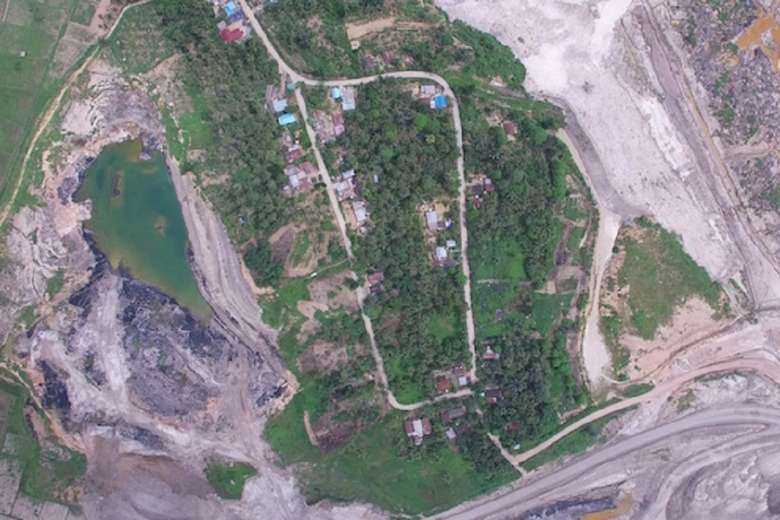 Abandoned pits turned into lakes near villages in Kalimantan have killed many children in recent years, according to an anti-mining group. (Photo: Greenpeace Indonesia)

More than 160 indigenous people have been killed in Indonesia due to conflicts between local people and mining companies during President Joko Widodo’s term in office, according to an anti-mining group's report.

"From 2014 to 2020, at least 168 local people died in disputes related to mining,” Ki Bagus Hadikusuma, a researcher for the Mining Advocacy Network, told media on Jan. 24 during the report’s release.

Hadikusuma said many children had also drowned playing in old mining pits that had been turned into lakes. This was also a reason behind some of the mining disputes, he said.

At least 3,000 of these lakes are located across the country and many are near communities, presenting a danger to children.

Near the city of Samarinda in East Kalimantan province, at least 39 children have drowned in such pits in recent years, he added.

“Widodo must stop issuing mining permits because it has caused so many conflicts,” Hadikusuma told UCA News.

Riko Kurniawan, chairman of the Indonesian Forum for the Environment in Riau province, accused Widodo of not reining in local governments when it comes to them publishing bylaws.

“Currently, we and indigenous people are fighting to overturn a provincial bylaw that allows several coal mining companies to operate in the province in order to prevent forest destruction and harm to local people,” he told UCA News.

He said Widodo must commit to protecting the ancestral lands of indigenous people and save them from environmental destruction.

According to Kurniawan, at least 15 companies are waiting for permits from local authorities.

Frans Sani Lake, director of the church-run Justice, Peace and Integrity of Creation group in Kalimantan, said the Mining Advocacy Network report served as an indictment of Widodo’s government.

“Many died because the state ignored their appeals for help,” he told UCA News.

Instead, the red carpet has been rolled out for the mining sector to exploit nature on a massive scale.

“The state isn’t sensitive and doesn’t hear the complaints of people who have become victims,” he said.