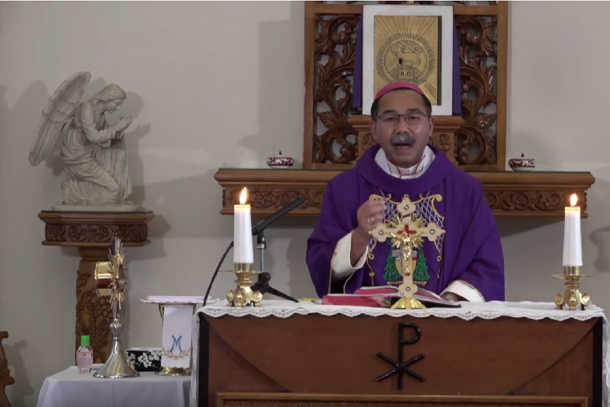 Many Catholic dioceses in Indonesia have suspended all public Masses and other church activities for the next two weeks following a spike in the number of Covid-19 cases.

As of March 22, there were 514 confirmed cases with 48 deaths, according to government figures.

A least 30 of the 37 dioceses across the archipelago have issued pastoral letters announcing the suspension, according to the Catholic Network Against Covid-19, an alliance spearheaded by Indonesian lay groups set up to coordinate efforts against the virus.

Ruteng Diocese in East Nusa Tenggara province, which caused controversy last week when its new bishop was ordained despite a government ban on large gatherings, suspended activities on March 21 until April 3.

Newly ordained Bishop Siprianus Hormat said the Church “must be involved in efforts to prevent the spread of this virus.”

No confirmed cases have been recorded in the diocese yet.

"To avoid large crowds, we have canceled Sunday and daily Mass, community visit, catechesis, recollections, way of the cross, confession, choir practice and other sacraments,” the bishop said.

He called on Catholics to follow Sunday Mass by listening to the diocese's radio station or watch a livestreamed one from other dioceses.

He still allowed private Mass in the rectory, as well as communion for the sick, but all must follow the government guidelines.

Bishop Adrianus Sunarko of Pangkalpinang, which oversees Riau Islands and Bangka Belitung Islands provinces, has also canceled public Masses “for the safety and goodness of each individual, family, church and society at large."

He encouraged Catholics to tune in to live Masses broadcast on YouTube that started on March 21.

Archbishop Robertus Rubiyatmoko of Semarang, who was among the first prelates to suspend public Masses, has also encouraged Catholics to follow his Mass online.

His Mass broadcast on the archdiocesan YouTube channel on March 21 attracted more than 100,000 people.

Franciscan Father Yohanes Kristoforus Tara, a parish priest in Atambua Diocese in West Timor, said internet access in his area was limited. "All I can do is to direct Catholics to pray at home,” he added.

While most Covid-19 cases are still concentrated in Java, new cases have been found in other regions such as Kalimantan, Sulawesi, Maluku and Papua.

Father Adi Prasojo, Jakarta Archdiocese secretary, met the chairman of the Covid-19 task force, Doni Monardo, on March 21 to pledge the Catholic Church’s support in the fight against the pandemic.

Father Prasojo said Catholic hospitals and medical workers will be on the front line helping the government fight this pandemic.