While rice and maize succumb to El Nino, sorghum cereal crops go from strength to strength 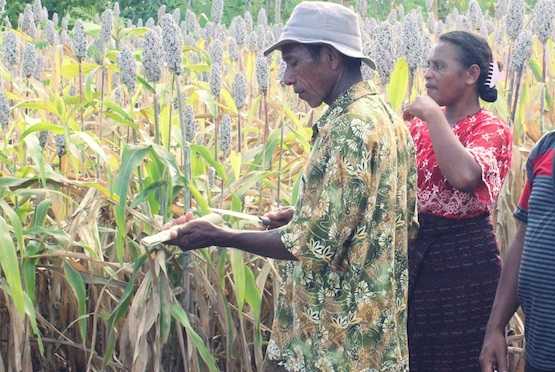 At his home in Likoduten village, surrounded by sorghum fields, Bonefasius Jogo Kola, 32, recalled how he and other villagers were first acquainted with this wheat-like cereal.

He would occasionally see sorghum grains drying in a yard before being packed away in a warehouse. Sorghum is not new to local people, but for decades they have overlooked this resilient crop.

"In the beginning we were not enthusiastic about planting sorghum," said Kola when it was first suggested by officials from Larantuka Diocese in 2014. "There didn’t seem much of a market for it and the community was not accustomed to eating it," he said.

The majority of people were still dependent on rice and maize. But when their usual crops failed due to long-term drought, farmers took the advice of the Yaspensal Foundation of Larantuka Diocese and planted sorgham.

"Each farmer manages one hectare and each hectare produces an average of three tons of grain," said Kola. This far outweighs rice and corn plants that produce only a few hundred kilograms per hectare.

Now about 35 farmers are committed to growing sorghum and more are expected to join. They’re attracted by the fact sorghum doesn’t need special care like rice or maize. "One can even plant it on rocky terrain," said Kola. "Even without fertilizer it will grow."

Katarina Ketola Hera, 55, agreed. Her family has already seen the benefits of growing sorghum but they have not yet abandoned rice and corn even though the latter yields less.

"Sorghum is a good food and source of energy," said Hera. "There is no reason to rely solely on rice which fails in very dry whether."

This year a strong El Nino caused drought in many parts of the Catholic-majority province of East Nusa Tenggara, including Larantuka Diocese on the eastern tip of Flores Island.

Father Benjamin David, director of Yaspensel Foundation — the social development arm of Larantuka Diocese — said that the local church is trying to help people suffering the effects of El Nino.

Two years ago, the foundation helped another community — located about 40 kilometers from Larantuka city — take up sorghum farming. "We were convinced that sorghum is a good alternative to rice and corn," the priest said. "Rice and corn fail due to lack of rain, while sorghum succeeds 100 percent."

According to the priest, farmers in Likutuden village harvested 60 tons of sorghum this May — partly for household consumption and partly to be sold at the local market. However, it makes less money than rice, selling for less than one U.S. cent per kilogram.

The foundation has also started empowering farmers in other parishes to plant sorghum. Bishop Kopong Kung of Larantuka said the challenge for the church is to convince people that sorghum "is a healthy food that is resistant to drought."

The prelate is convinced that sorghum is as good as other staples and should be accepted by the people. He also hoped that the government and non-profit groups would help promote the alternative crop.

"We know sorghum is a bit rough. But with proper processing, people will want to eat it," he said. "It is even better because it can resist heat and is suitable for this arid region." The diocese will provide more processing machines to help farmers mill the grain.

Reporting on the impact El Nino has had in East Flores this year, international aid group Oxfam and the Foundation for Social Studies and Development of Larantuka say they found many areas in Larantuka Diocese were hit by crop failure and recommend that local government and social institutions promote more resilient farming methods by planting Sorgham and other tough cereals.

"Sorghum is highly adaptive to drought and can serve as an alternative staple," she said. 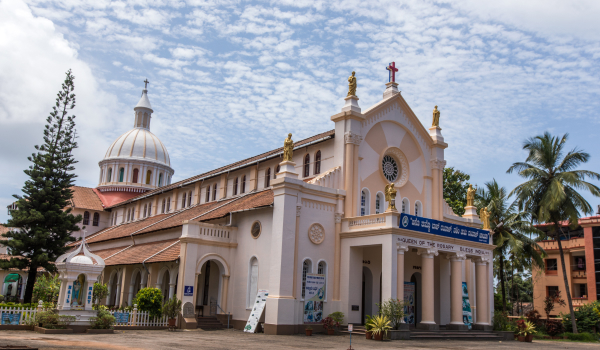