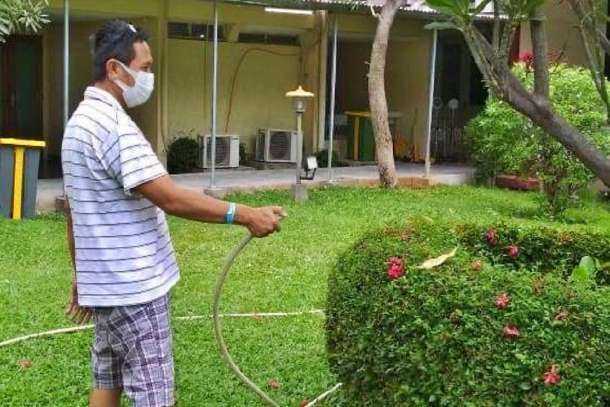 He had a fever on Sept. 19. Two days later, he decided to undergo a rapid diagnostic test, of which the result was negative. “But then I had diarrhea for three days. Worse, I lost my sense of taste and smell. All food and drink had no taste at all. That was when I thought I might have contracted Covid-19,” he says.

The first thing the father of a 15-year-old daughter did after developing the coronavirus symptoms was to self-isolate at home until he underwent a swab test at a Catholic-run hospital on Sept. 26. He had the result back the same day. “It was positive,” he said. The employee of a retail company was admitted to the hospital a few hours later. Not long after that, his health deteriorated significantly and he was put on oxygen. “For the first seven days, I felt so breathless and could not eat at all. I felt like I was in a semi-conscious state. I relied solely on oxygen and intravenous medication and nutrition,” he said. Nurhardjanto, who had been a volunteer with the government’s Covid-19 Task Force struggled with psychological burdens. He got so frustrated and could not stop blaming himself for having contracted the coronavirus despite taking precautions. “It was like riding a roller coaster: up and down. I thought that my death was near. I even sent apologies to everything -- to my wife and daughter as well as to my parents and other family members.” His only wish was to virtually pray together with his wife and daughter each day. “They video-called me each day at 6 a.m., noon, and at 6 p.m. to pray a novena. I could not hold my phone properly due to my deteriorating health, but I tried so hard to do so,” he said. He always asked them to sing a popular Indonesian religious song titled Mujizat Itu Nyata (Miracle is Real) after finishing the prayer. “I knew that, in some cases, Covid-9 patients could die within only two or three days. Listening to the song made me feel at peace. Its lyrics explored my faith in God. I believed a miracle would happen if we wholeheartedly prayed to God.” Indeed, a miracle did happen. From the eighth day in the hospital, Nurhardjanto’s health gradually improved. His appetite came back. “My health got better and better each day and I started to post some photos of happy moments on my Facebook account. Unexpectedly, there were many likes. It was like a fast-charging machine to me.” From that day on, he was taken off oxygen and was allowed to mix with other patients. “I chatted with other Covid-19 patients and ate together with them. I also busied myself by watering the plants in the hospital’s garden in the morning and the afternoon. It was nice.” Nurhardjanto, who is a convert, was allowed to leave hospital on the twelfth day, two days before having a negative swab test. Before the test he chose to stay at a hotel providing rooms for self-isolation for several days before returning home. “My near-death experience, frustrations, and painful feelings were nothing compared to the suffering of Jesus. It was a process I had to go through in my life. I reflected that God wanted me to rest for a while,” he said. He also decided to donate plasma to try and help save the lives of others battling the virus. “My Catholic faith teaches me to share with others,” he said. Ferdinandus Setu, another Catholic layman who tested positive for Covid-19, was luckier than Nurhardjanto as his symptoms were not a s severe and did not need to be put on oxygen while being treated for 11 days at the Wisma Atlet Kemayoran, in Jakarta. The Wisma Atlet Kemayoran comprises several tower blocks that previously served as the athletes' village for the 2018 Asian Games. It is currently being used as a makeshift hospital for Covid-19 patients. Thousands of people have been treated there since the first two Covid-19 cases were announced by the government in early March. As of Oct. 22, Indonesia had recorded 377,541 Covid-19 cases and 12,959 deaths. Of this number, Jakarta had 98,206 cases and 2,105 deaths. “I developed a fever, cough, headache, and diarrhea, so I decided to see a doctor the next morning. I underwent a swab test on Aug. 30 and was declared positive the next day,” Setu said. What made the 40-year-old civil servant feel so sad was that his wife and 13-year-old child also tested positive. He cried and even blamed God. “But then I realized that it was God’s will. God wanted me to go through this. I work on the Communication and Information Ministry’s public relations desk, meaning that I have to be able to share correct information on Covid-19 with the public. My personal experience with the coronavirus would help me do this,” he said. 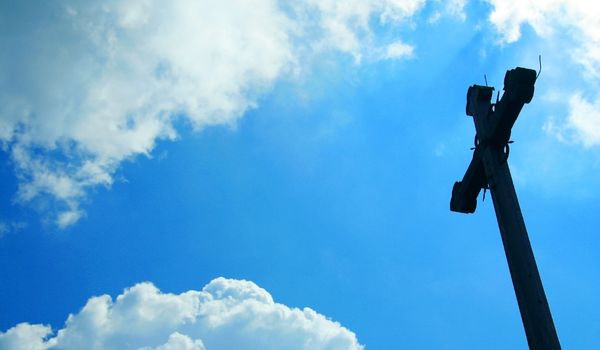