Indonesian community tells the story of Jesus through shadow puppets 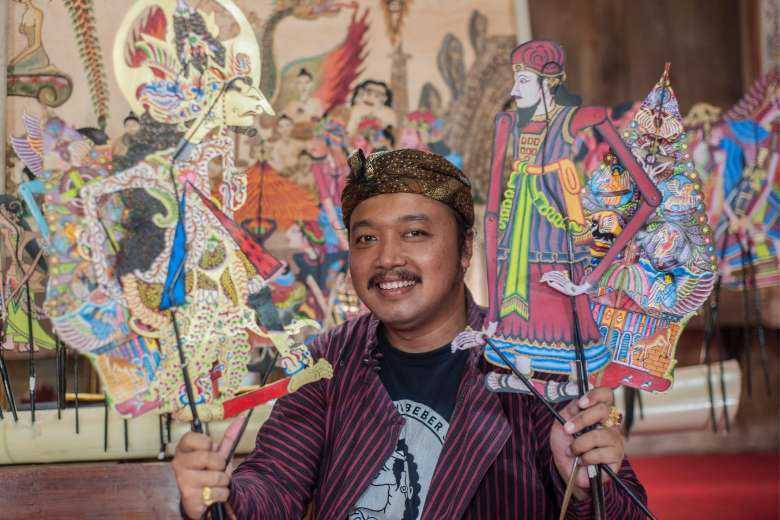 This photo taken on December 24, 2021 shows puppet master Indra Suroinggeno poses for a photo as he plays with Christmas-themed puppetry in Bantul, Yogyakarta. (Photo: AFP)

A small Indonesian community is celebrating Christmas by performing traditional shadow puppet shows about the birth of Christ as the pandemic shutters most public performances.

The country has been hard-hit by Covid with the virus also disrupting the puppet group's shows.

Founder Indra Suroinggeno said it was important to put on the performances -- featuring colourful Jesus, Mary and Joseph puppets -- because previously they were held exclusively in churches on Christmas day.

"Although public performances are rare due to the pandemic, we keep practising within the community in order to preserve the tradition," he said.

His group gave a show to a small group of children ahead of Christmas, introducing them to the story of the crucifixion, as well as the tales of the prophets.

"We interpret the characters for the puppet show from the Bible and other sources," Suroinggeno told AFP on Friday.

The initiative also showcases religious tolerance in the country as Javanese shadow puppetry is traditionally linked to Hindu traditions.