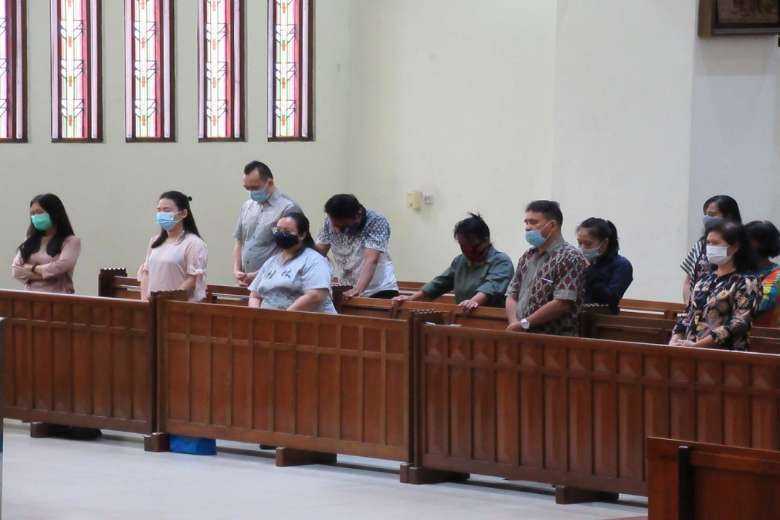 Catholic and Protestant leaders in Indonesia have issued guidelines highlighting simple and short church services this Christmas as the country continues to battle the Covid-19 pandemic.

The guidelines were in response to a circular issued by the Religious Affairs Ministry late last month in which the minister instructed Christians to hold “simple Christmas celebrations” in their churches with a smaller congregation.

Churches as places of worship “must set a good example to prevent the spread of Covid-19,” the minister said in the letter.

Many churches in the archdiocese reopened for Sunday Masses in July, limiting congregations to 20 percent of their capacities.

Suggesting that the duration of each Christmas Mass should be up to 60 minutes, the priest said: “The spirit of the Eucharist celebration amid the Covid-19 pandemic is simple and short and involves only a small number of liturgical servants.”

“To support the government’s effort in preventing the spread of Covid-19, Catholics in Jakarta Archdiocese are urged not to return to their hometowns or go to crowded places for the sake of common safety,” Father Pangestu said.

In a two-page letter, a copy of which was received by UCA News on Dec. 7, Bishop Siprianus Hormat of Ruteng instructed Catholics in his diocese not to hold street parades and other large-scale activities.

Meanwhile, the Communion of Churches in Indonesia called on Protestants to join live-streamed Christmas services along with their families.

“Each family can celebrate a Christmas service within a small communion. It is hoped that family members will realize that a Christmas celebration is not about fancy decorations but an open heart to welcome the Savior,” it said in a letter signed by chairman Reverend Gomar Gultom and secretary-general Reverend Jacklevyn Frits Manuputty.