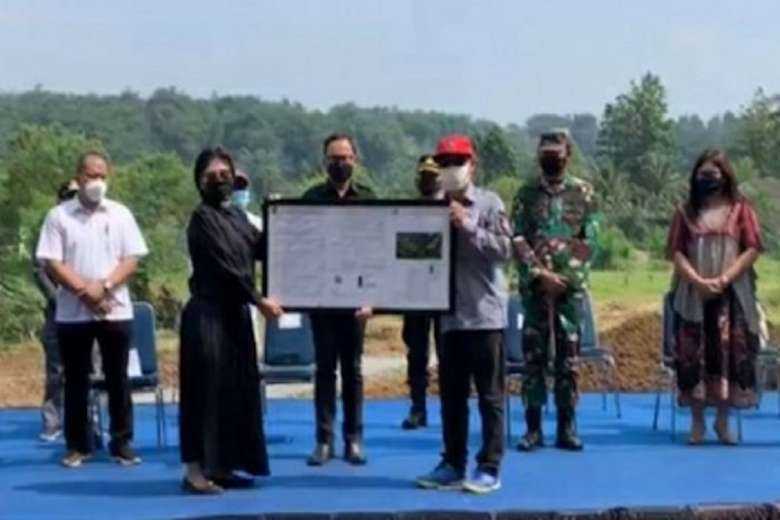 The mayor of the Indonesian city of Bogor has issued and presented a building permit to a Protestant church in a bid to end a 15-year legal dispute that began when its original permit was revoked.

However, members of the Christian Church in Indonesia (GKI Yasmin) say mayor Bima Arya can keep his permit and land and are demanding the reopening of their original church.

In the absence of church members, Aray presented the permit along with a plot of land to the chairman of GKI Pengadilan, an affiliate of GKI Yasmin which had been helping broker the dispute.

The presentation took place at a ceremony on Aug. 8 in Cilendek district of Bogor in West Java province.

Arya vowed to ensure that there would be no further obstacles to the church being built.

He said local authorities had donated 1,668 square meters of land to GKI Yasmin to build the church about a kilometer from where the original was situated.

However, the fact remains he did not give GKI Yasmin what they really wanted because of pressure from intolerant groups

“This permit is a giant step towards ending the dispute and is a part of our struggle to celebrate diversity, respect human rights and the right for all religions and faiths to worship freely," the mayor said.

However, many GKI Yasmin members have rejected the new site and permit, saying they are unacceptable.

Spokesman Bona Sigalingging said local authorities had Supreme Court rulings backed by the Ombudsman ordering them to allow the church to reopen.

He said the congregation wanted to stay at the original location and that congregation members will sue the mayor for not obeying court directives.

He said GKI Yasmin members boycotted the ceremony and that the GKI Pengadilan representatives were not from their church.

“However, the fact remains he did not give GKI Yasmin what they really wanted because of pressure from intolerant groups,” he told UCA News.

The GKI Yasmin congregation began building a church in 2007 after securing a permit from the local government, but the then-mayor revoked it and sealed off the half-finished church due to strong opposition from Muslim groups.

A year later, they were banned from using their church because of alleged irregularities regarding a 2006 building application.