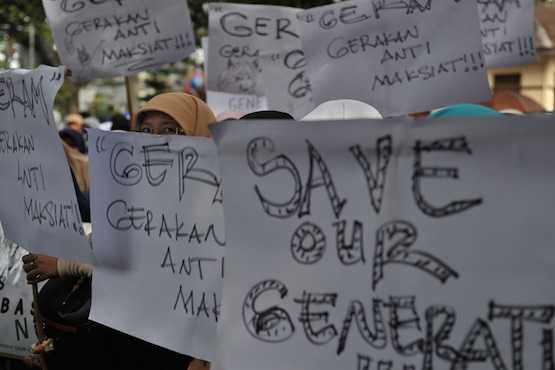 Christian youths must become role models in a society where too many young people fall prey to drugs, pornography, and casual sex, Protestant leaders told a recent interdenominational meeting.

More than 400 Christian youths, including Catholics, attended the event to campaign about the “Dangers of Pornography and Drugs” organized by the Indonesian Bethel Church on Nov. 4 in Tangerang, Banten, about 30 kilometers west of Jakarta.

This is the first event held by the church, which claims 2.5 million followers throughout Indonesia, in response to a government call to religious institutions to campaign against the use of drugs among young people.

“Indonesia has become a big market for drugs, and young people must be able to take care of their bodies because it’s a temple of God,” said Rev. Michael Alen Ponelo.

The Jakarta-born Bethel Church pastor was a self-confessed drug user and a pimp, but later became a preacher.

“I call on you, young Christians, not to allow yourselves into this dark reality,” he said, adding that drugs have killed 20 of his friends.

“Focus on your studies, your future, and stay away from drugs,” he said.

Siswandi Adi, a high ranking police official of the National Narcotics Agency, also reminded the youths to stay away from drugs because it brings suffering and death.