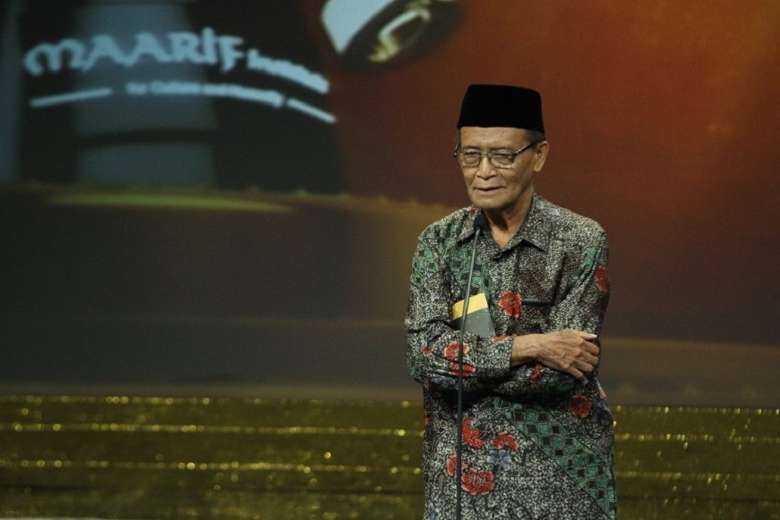 Indonesian Catholics are mourning the death of Ahmad Syafi'i Maarif, a Muslim cleric known for his spirit of nationalism and defense of minority groups as well as being critical of hardline Islam.

The Muslim intellectual widely known as Buya Syafi'i died on May 27 in Yogyakarta after being admitted to hospital on May 14 after he complained of shortness of breath due to heart failure. He was 86.

He was the chairman of Muhammadiyah, Indonesia’s second-largest Islamic organization, from 1998 to 2005.

Popular for his pluralist views, Maarif often spoke at interfaith forums both at national and international levels. He also wrote extensively in the mass media and appeared on television.

In 2008, he received the Ramon Magsaysay Award for Peace and International Understanding, dubbed Asia's Nobel Prize.

Cardinal Ignatius Suharyo of Jakarta, chairman of the Bishops' Conference of Indonesia — whom Maarif regarded as a close friend — said his death was a great loss not only for his family and Muhammadiyah but also the entire nation.

"He was able to show how to be 100 percent rooted in his religion but still open to all. He also supported all friends who came from various religious backgrounds"

"He dedicated his whole life to the Indonesian people we love together. Hopefully we can inherit his passion for loving the homeland and caring for and developing the caring character of our nation," said the cardinal, adding that Maarif was “the father of the nation.”

"With the inspiration of his faith as a true Muslim, through his work at the national and international level, he tried tirelessly to instill the spirit of patriotism and care for humanity."

Meanwhile, Jesuit Father Frans Magnis-Suseno, professor emeritus at the Jakarta-based Driyarkara School of Philosophy, called him “a person who is religious, cultured and a friend of all religions.”

"He was able to show how to be 100 percent rooted in his religion but still open to all. He also supported all friends who came from various religious backgrounds," he said.

The priest was often involved with Maarif and other religious leaders in advocating several public issues, including eradicating corruption.

In 2019, they participated in a campaign against the government's efforts to revise the Corruption Eradication Commission Law, which was deemed to have weakened the institution's position.

Meanwhile, President Joko Widodo referred to him as "the nation's teacher."

Maarif was also known for his firm stance against extremism and had always been quick to publicly condemn attacks against minority groups, including attacks on churches.

He was also one of the very few Muslim figures who in 2016 took a different position by defending the Christian former Jakarta governor Basuki Tjahaja Purnama, arguing that he had not committed blasphemy as alleged by many, including the Indonesian Ulema Council.

Maarif co-founded several inclusive Islamic institutions such as the Center for the Study of Religion and Civilization, the Maarif Institute and the Muhammadiyah Young Intellectual Network.

Because of critical and sharp views on Islam, he was often accused of being a supporter of the idea of Liberal Islam, a group that often clashes with conservative Muslims.

He was buried on May 27 at 3pm in the presence of President Widodo.