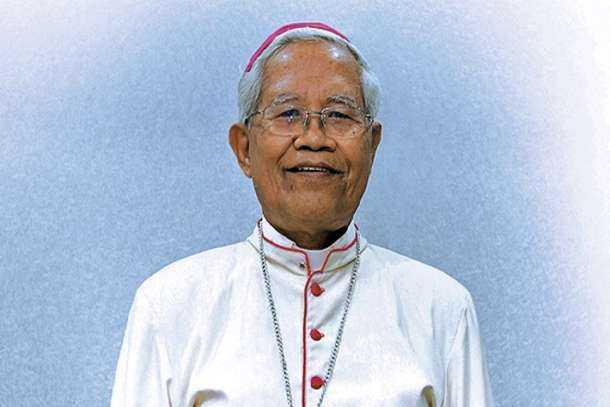 A bishop and a priest from Sibolga Diocese in Indonesia’s North Sumatra province have both tested positive for Covid-19, according to a diocesan official.

The prelate becomes the second-highest-ranking church official in the country to have contracted Covid-19. The highest was Capuchin Archbishop Kornelius Sipayung of Medan, also in North Sumatra, who tested positive for the virus in July. Father Yesse said Bishop Sinaga fell sick after celebrating a deacon’s ordination on Oct. 15 in St. Therese of Lisieux Cathedral Church in Sibolga. “The bishop was admitted to St. Melania Sarudik Clinic and treated there. But his health remained bad so he was later taken to St. Elizabeth Hospital in Medan on Oct. 16 and treated by a special team of doctors,” he said. “It was suspected he had contracted Covid-19 so a swab test was conducted. On Oct. 19, we received confirmation the bishop had tested positive for Covid-19,” he said. Father Alboin Simatupang, who accompanied the prelate to Medan, had a swab test, too, and tested positive for Covid-19. “The priest is also being treated at St. Elizabeth Hospital in Medan,” he said. Father Yesse called on Catholics to pray for the recovery of both the bishop and the priest as well as all people who contract Covid-19 as “our prayers are medicine for those suffering from sickness.” He also said that those who had direct contact with Bishop Sinaga and Father Alboin within the past week should go into self-isolation or seek medical advice. As of Oct. 19, Indonesia had recorded 365,240 Covid-19 cases and 12,617 deaths. Of this number, North Sumatra province had 11,944 cases and 499 deaths.