The chairman of the Commission for the Laity of the Indonesian Bishops' Conference has called on the country's dioceses to provide guidelines to help Catholics vote for the best candidates in next year's presidential and legislative elections.

"Each diocesan commission should come up with guidelines to help Catholics avoid confusion so that they can really feel the joy from the festival of democracy," Archbishop Vincentius Sensi Potokota of Ende said at the start of a three-day gathering of commission branch members representing all 37 of the country's dioceses on Oct. 9.

The meeting was being held this week on the predominantly Catholic island of Flores in East Nusa Tenggara province.

"An election should be a joyful moment for all people. However, sometimes it's harmed by so-called distortions which distracts focus on what the festival of democracy really is. Many things can create such distortions," Archbishop Potokota said, without elaborating.

He said guidelines should contain useful information about candidates. 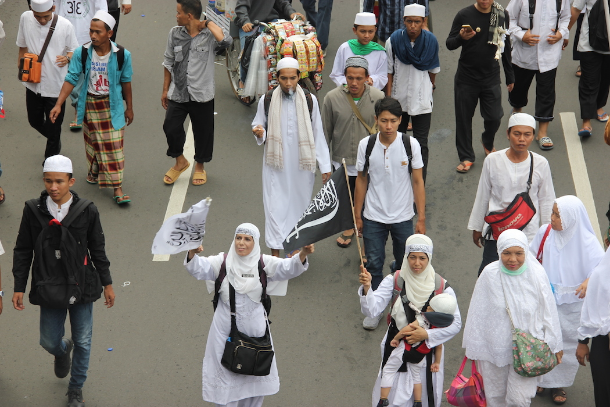 President Joko Widodo from the ruling Democratic Party of Struggle is seeking re-election and is being challenged by Prabowo Subianto from the opposition Great Indonesia Movement in the upcoming presidential election scheduled for April 2019.

Some 7,968 candidates from more than 20 political parties will be seeking seats in both the 575-seat national assembly and in local legislatures. Among them are 151 Catholics.

More than 185 million people will be eligible to vote in the polls.

Father Paulus Christian Siswantoko, the commission's executive secretary, said any guidelines must contain the moral criteria expected of each candidate, such as honesty.

"The Catholic Church must move together in accordance with our Catholic faith and social teachings. This is a guideline for anyone who wants to be involved in politics," he said.