Abuses against detainees are still all too common, rights groups say 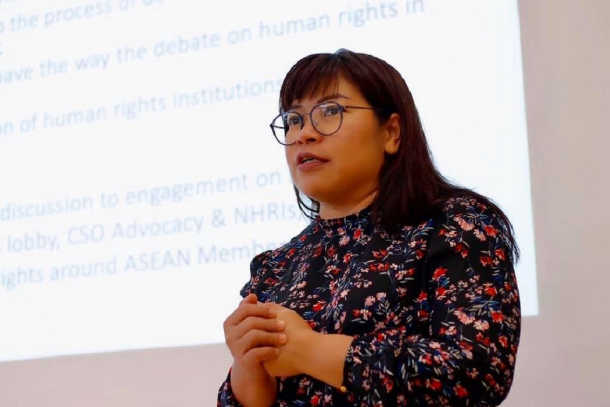 Indonesia’s representative on the ASEAN Intergovernmental Commission on Human Rights (AICHR) and Amnesty International Indonesia have called on Southeast Asian nations to end torture and fulfill the rights of victims.

Acts of torture, especially against detainees, are still common, they said.

The appeal came as the world marked the International Day in Support of Victims of Torture on June 26, which was proclaimed by the United Nations in 1987 after the UN convention to fight torture was implemented.

"ASEAN member states should fulfill the rights of victims of torture, including reparation, restitution, satisfaction, monetary compensation, psychosocial rehabilitation and guarantees of non-repetition," Yuyun Wahyuningrum, the AICRH’s Indonesia representative, said in a statement.

Victims of torture often have no access to adequate social safety nets and an absence of reparation programs designated for them, which sadly is a reality in Southeast Asia, she said.

“Many countries refuse to acknowledge sexual and gender-based violence, which becomes an obstacle to upholding accountability and healing for victims of torture, particularly women," Wahyuningrum said.

Freedom from torture and other cruel, inhuman or degrading treatment or punishment is one of the non-derogable rights that should be protected under any circumstances. It is guaranteed by some ASEAN member states’ constitutions and protected under the ASEAN Human Rights Declaration, she added.

Torture causes extreme and irreversible psychological and physical damage to the individual. However, cases are rarely investigated and the perpetrators are often not brought to justice, she told UCA News on June 27.

Wahyuningrum said torture was used by authorities in police stations, detention rooms and prisons to get information from detainees or those arrested.

“ASEAN member states must work together to end impunity and to increase their monitoring capacity to prevent torture occurs in the detention facilities,” she said.

Amnesty International Indonesia also called for an end to cruelty against detainees.

From June 2019 to June 2020, there were at least 73 cases of torture carried out by Indonesian police and military personnel, according to the rights group.

“All forms of torture and cruel punishment against detainees are inhumane acts and degrade human dignity," the group’s director Usman Hamid said.

He urged the Indonesian government to ensure that prison officials do not use violence against detainees.

“Our monitoring reveals that Papuan detainees always get inhumane treatment. They are denied access to their families and lawyers, not provided with food and proper healthcare, and suffer physical violence,” he told UCA News.

He urged the government to immediately investigate cases of torture against detainees.

"The government must ensure that that there is no further torture, arbitrary arrest and detention by state authorities against those promoting rights to freedom of expression," he said.