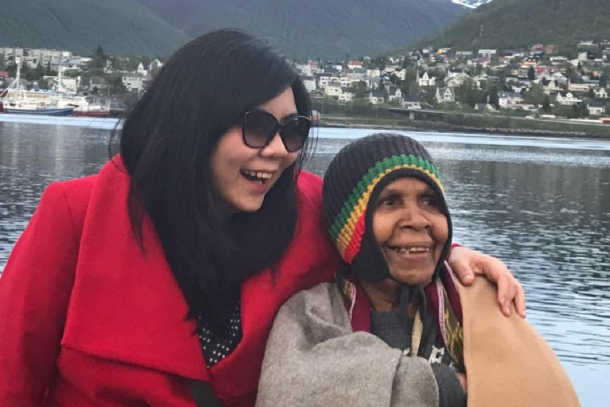 The Indonesian government is upping the pressure on a wanted pro-Papuan activist by demanding she return thousands of dollars in scholarship funds she has received for her studies in Australia.

Veronica Koman, who is in Sydney, said in a statement on Aug. 11 that the demand to return 773.8 million rupiah (US$53,000) was "to pressure me into stopping my human rights advocacy work in West Papua." The demand came from the Education Fund Management Institute (LPDP) under the Ministry of Finance, which claimed she did not comply with the provision of having to return to Indonesia at the end of her study period.

Koman denied the claim, saying she did return to Indonesia in September 2018 after completing a master’s degree in law at the Australian National University. Koman said that while she was in Indonesia she joined the Jayapura-based Human Rights Advocates Association for Papua and went to Switzerland to lobby for Papuan rights at the United Nation in March 2019 and returned to Indonesia afterward. "I also provided pro-bono legal representation in court for West Papuan activists in three separate court proceedings in Timika, West Papua, from April to May 2019," she said. Koman left Indonesia in July last year to attend her graduation ceremony. In September, she was accused of instigating violence by tweeting videos of unrest in several cities after protests broke out on Aug. 19, 2019, in Papua and West Papua in response to racism directed at Papuan students in Surabaya, East Java. In her Aug. 11 statement, Koman called on Finance Minister Sri Mulyani "not to join a list of government institutions that persecute human rights defenders.” LPDP director Rionald Silaban confirmed the demand for the return of the money, telling news portal Tempo.co that Koman did not heed its demand she return and work in Indonesia. Papuan activist Marthen Goo accused the Ministry of Finance of looking for trouble. "Her advocacy on Papuan issues is not considered as part of her required service to the country?” Goo asked. "If the government is true to its claim to uphold democracy and rule of law, she should be rewarded because she has helped the government become aware of humanitarian problems in Papua.”  By continually going after her, the government is trying to cover up its ongoing oppression there, he said. Ricky Gunawan from the Community Legal Aid Institution called the demand to return the scholarship funds a baseless punishment and an attempt to check the advancement of Papuan human rights.