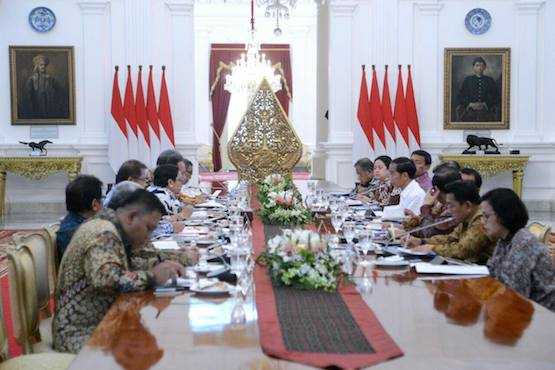 Indonesia is set to build a university later this year in what its president and observers say is an attempt to counter Islamic extremism at home and spread peaceful Muslim values throughout the world.

Construction of the Indonesia International Islamic University will begin in the middle of the year in Depok, West Java.

Through the university people from around the globe can learn about "moderate Islam" as exemplified by Indonesia, President Joko Widodo said on Jan. 18.

"This is not planned to meet domestic needs but to primarily meet demands of the international community and to strengthen Indonesia's position in the world, especially among Islamic nations," he said at a meeting to announce the university will go ahead.

He said a number of Muslim leaders told him during an Organization of Islamic Cooperation summit in Jakarta in 2016 that young students from the Middle East would benefit from learning about Islam in in Indonesia.

"They believe moderate Islam practiced by Indonesians is the correct way," Widodo said.

The government has allocated 143 hectares of land in Depok and US$300 million to build the university.

Komaruddin Hidayat, rector of the Islamic State University of Syarif Hidayatullah in South Jakarta and a committee member of the construction project, said it is hoped the university will take about a year to build.

"Through this university, Indonesian clerics, scholars and intellectuals can contribute to the world community," he told ucanews.com.

The move to build the university comes amid fears in Indonesia about the growing influence of hard-line Muslims groups, especially in politics as seen in last year's Jakarta governor elections which saw hard-line groups play a key role in the defeat of Christian governor Basuki Tjahaja Purnama.

"By setting up the campus, Widodo wants to tell to us and the whole world that there is no space for extremism in Indonesia," he said.

"Of course, if these moderate ideals can spread throughout the world, then peace might be realized," he said.