Indonesian cleric Miftachul Akhyar (green jacket) is elected chairman of the Indonesian Ulema Council for the 2020-25 period on Nov. 27. (Photo courtesy of mui.or.id)

The election of moderates to head the Indonesian Ulema Council last week has many hoping that Indonesia’s top Muslim clerical body will now focus more on promoting national unity rather than issuing controversial fatwas.

The MUI, as it is known, is the highest authority regarding Islamic teachings in Indonesia and is comprised of representatives from all Muslim organizations in the country except those banned by the government.

In recent years, it has been criticized for not being tough on radicalism as some of its members were affiliated with intolerant groups.

Therefore, it came as a surprise when Indonesia's Vice President Ma’ruf Amin, a former council chairman, announced at the end of last month a new board and that Miftachul Akhyar was its chairman.

Amin himself became chairman of the council’s advisory board. He was actively involved in the election of the new chairman and other key moderate figures in a move which some observers saw was state intervention to return the council to safe hands to counter a growing Islamist movement in Indonesia.

One of the reasons President Joko Widodo chose him as vice president was to unite all clerics in fighting radicalism and promote Islam as a religion of peace.

So it came as good news that those connected to the 212 Alumni Brotherhood, an alliance of Islamist groups including the notorious Islamic Defenders Front, were excluded from the council’s leadership.

The 212 refers to the biggest-ever recorded Muslim rally in Indonesia — estimated at 700,000 participants — on Dec. 2, 2016, against the then Christian governor of Jakarta Basuki Purnama, whom they had accused of blasphemy.

The governor was later ousted and jailed under Indonesia’s controversial blasphemy law. 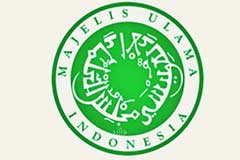 Since the rally, the 212 movement has metamorphosed into another giant political organization and one of its key figures was a former MUI board member who often used the name of the council to attract participation in subsequent rallies promoting an intolerant form of Islam.

With this kind of figure removed from the MUI leadership, it's hoped the newly elected moderates will be able to eradicate or at least diminish the intolerance that has risen from some controversial edicts targeting religious minorities and secularism that have been issued in recent years.

Only time will tell. But a good start was made by Akhyar, who called on the new administrators to be a guiding light for Indonesians and work for the common good in partnership with the government.

He said the world recognizes Indonesia as a Muslim-majority nation. But what matters most is not the numbers but the contribution Indonesian Muslims make to the world and humanity. He said he hoped the MUI can help lead this effort.

Akhyar emphasized the important role that ulemas play in society, particularly through their preaching.

Sermons have been used as “weapons” by religious leaders, he said. Now sermons should be "embracing not hitting, loving not competing, educating not targeting, fostering not insulting, offering solutions not looking for sympathy, defending not bullying," he added.

It was a timely reprimand considering that some clerics have used their sermons to insult the government or other religions, promote lawlessness, provoke anger against minority groups or even call for jihad.

Here Akhyar is telling his fellow clerics to avoid involvement in politics as it creates divisions among the faithful.

What has concerned non-Muslims are fatwas or edicts which have caused trouble for believers of other religions in terms of discrimination and religion-based violence.

One that hurts Christians is an edict issued in December 2016 prohibiting Muslims from using non-Islamic symbols.

The fatwa, although it did not explicitly mention Christmas or Christianity, was used by Muslim groups to raid shopping centers and shops displaying Christmas decorations. Some conservative clerics expanded on this by even banning Muslims from wishing their Christian neighbors a Merry Christmas.

Such a fatwa was unnecessary and dangerous as it fostered anti-Christian sentiment.

The Indonesian Ulema Council was established by the government in 1975 with a mission to guide Islam in accordance with Indonesia’s secular ideology of Pancasila (Five Principles) and to encourage the participation of clerics in national development and fostering interfaith harmony.

During the Suharto era, it helped the government fight against communism and served as an umbrella organization for Islamic groups participating in politics. But since the fall of Suharto in 1998, the organization shifted to envisioning a more active role in protecting Muslim interests and became more critical of the government.

During the post-Suharto era, MUI grew more independent from the government. The recent election underlined Widodo’s intention during his second term to revert the MUI back to its original mission to maintain interfaith unity, with clerics leading the way.

The organization has issued good fatwas such as those against corruption, forest fires, euthanasia and more. However, those that caused divisions are the ones that have stood out more.

The MUI’s new leadership must remain steadfast and not harm interfaith relations by creating policies that ignite intolerance and hatred against other religions. Instead, it should ensure Indonesia follows a more accommodating and peaceful form of Islam.