Indonesia must embrace role as 'leader' of moderate Islam 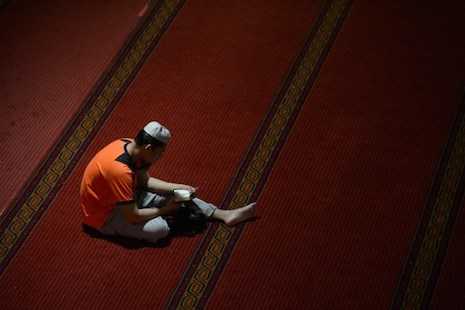 By Rizvi Shihab for Jakarta Globe

One of the many challenges facing Indonesia’s current government is re-establishing the country’s unique geographical, cultural and ideological identities.

Presently, there is a concerted governmental effort to augment Indonesia’s power by introducing its “maritime-axis” foreign policy to fully take advantage of its strategic geographical position.

But in addition to this maritime emphasis, I believe Indonesia needs to start disseminating its ideological character globally as a world ambassador of religious moderation. Members of the international community often wonder about the silence exhibited by the majority of moderate Muslim countries. This provides opportunity for Indonesia to step up and become the leader of this quiet group.

If the United States is known as the ethnic melting pot, Indonesia should strive to be acknowledged as the religious melting pot where members of all faiths live in tranquil harmony.

Recently, the former foreign minister of Tunisia, Mouldi Kefi commended Indonesia as the only country in the world that celebrates official religious holidays for Muslims, Christians, Buddhists and Hindus.

Indonesia is widely reputed as the largest Muslim-majority nation in the world, but it would carry higher meaning if it were also renowned as the center of spiritual acceptance.

Interestingly, the recognition came from a Tunisian whose country is also attempting to institute a more accepting form of Islam.

According to a Pew Global Research study, concerns regarding religious extremism amongst Tunisians has sharply risen to 78 percent in 2014 from 52 percent in 2012. These trepidations have somewhat decided the recent elections in Tunisia where the secular Nidaa Tounes party was able to secure victory against the Ennahda party, which conceded its failings in monitoring and suppressing radicalism.

Similarly President Abdelfattah el-Sisi has been an active combatant against the religious extremism in Egypt, which was prevalent after the fall of Hosni Mubarak in 2011.

Since his election he has de-activated the Muslim Brotherhood’s political wing and labeled it as a terrorist organization.

Sisi’s stance on de-radicalization remains a focal point of his administration and is supported by the majority of Egyptians, who feel his decisive actions have prevented Egypt from falling into the same trap experienced by Iraq and Syria.

During a United Nations speech on September 24, Sisi remarked that “the world has started to grasp the reality and understand why Egyptians revolted against extremism that wanted to break the unity of the nation”.

A similar problem is faced in Indonesia, where many feel the latest outbreaks of religious intolerance compromise the nation’s national philosophical foundation, Pancasila, which proclaims peaceful coexistence.

Domestically, Nahdlatul Ulama (NU), the largest Muslim organization in the world, has been the most active and vocal proponent of religious acceptance.

For example GP Ansor, NU’s youth wing, patrols churches on Christmas Eve to look out for any imminent terror threats.

This type of activity should not be questioned as it has been by some Indonesians, but must be promoted globally.

Last week Hasyim Muzadi, a senior NU member, along with the International Conference of Islamic Scholars, National Anti-Terrorism Agency and the Foreign Affairs Ministry, held a “Conflicts and Democratization in the Middle East” seminar.

Considering the experience Egypt and Tunisia have in dealing with religious extremism, it would be advantageous if Indonesia’s foreign ministry formally collaborated with the North African nations to acquire more knowledge and techniques to contain extremism. By effectively tackling the issue of radicalism, Indonesia will then be able to fully realize its ideological character and go on to fill the absence of a significant moderate Islamic voice.

By re-establishing the quality of religious acceptance, Indonesia will benefit on several fronts, including through tourism, diplomacy and foreign investment.

Islam’s international standing will in a large part be decided by Indonesia, either by its apathy, or active engagement. Indonesia’s leaders must choose the latter option.

Rizvi Shihab is a professional in the oil and gas sector and a researcher at the Bina Bangsa Foundation.

Full Story: Indonesia Has to Raise Its Voice to Speak Out for Moderate Islam