Layman Daniel Dhakidae, whose advice was sought by many national figures, dies at 75 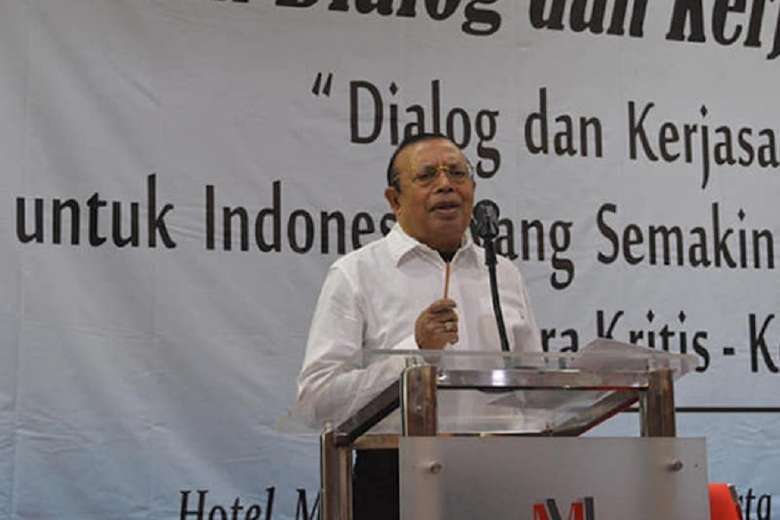 On hearing that Catholic layman and prominent Indonesian intellectual Daniel Dhakidae had died of a heart attack on April 6, lawmaker Yohanis Fransiskus Lema said he had lost one of his role models.

He said Dhakidae, 75, was "a figure of great intelligence and integrity whom I greatly admired” and whose advice he sought before becoming a lawmaker in Indonesia’s parliament in 2019.

"From when I was a student until I became a member of parliament, I enjoyed attending seminars and discussions involving him," he told UCA News.

Tributes to Dhakidae, who was born in Ngada on the Catholic-majority island of Flores on Aug. 22, 1945, also came from national figures.

"Our intellectual friendship never ends. Thank you all for your intellectual work, also for the laughter and persistence when arguing,” tweeted Fadjroel Rachman, a spokesman for President Joko Widodo.

Hasto Kristiyanto, secretary-general of the ruling Indonesian Democratic Party of Struggle, called him a "critical intellectual who was consistent in his attitudes and thoughts."

In a statement, he said he was often present when Megawati Soekarnoputeri, his party chairman and former president, spent hours with Dhakidae discussing a variety of topics.

Dhakidae received his secondary education at St. John Berchmans Minor Seminary in Mataloko, central Flores, which was founded by Divine Word missionaries in 1926.

In an article about his experiences in the seminary, he called the European missionaries "teachers in the true sense."

"After that I found many teachers and very few true teachers," he said. He then attended the Ledalero Catholic School of Philosophy in Maumere, Flores, before studying at Gadja Mada University in Yogyakarta.

Dhakidae later worked for Prisma, a journal which in the 1980s and much of the 1990s was known as the benchmark of thought in Indonesia.

He earned his PhD in 1991 from Cornell University in New York State.

His dissertation, "The State, the Rise of Capital, and the Fall of Political Journalism: Political Economy of Indonesian News Industry," which discusses how Suharto's authoritarian government changed the Indonesian press from a medium of political discourse to a commercial industry, was awarded the Lauriston Sharp Prize for the best dissertation in Southeast Asian Studies.

It was given in honor of Lauriston Sharp, the founding anthropologist of the Southeast Asian Program at Cornell.

From 1994, he led the research and development department at Kompas, Indonesia's largest media group, until his retirement in 2006.

In 2009, he revived the Prisma journal, which had ceased publication in 1998, and was editor in chief there until his death.

His 2003 book Intellectuals and Power in the New Order State has been widely used as a reference in studies related to power and politics in Indonesia today.

Besides being active in the academic field, Dhakidae was also involved in humanitarian issues.

He was one of the founders of the Tifa Foundation, a non-profit organization that focuses on human rights issues and managing sustainable natural resources.

Dhakidae was also one of the pioneers of the Dian Interfidei Institute, an interfaith dialogue institution based in Yogyakarta.

In 2019, together with Jesuit Father Franz Magnis Suseno, he joined 50 national figures who urged President Widodo to act decisively in tackling intolerance and increasing persecution against religious minorities.

Dhakidae "lived a life that was not in vain," said Wildan Sena Utama, a lecturer at Gajah Mada University, adding his thoughts and the social movements he nurtured are a great legacy.

"He left a serious intellectual work ethic for this and future generations," he said. "Our sorrow and loss are immeasurable; however, our hearts will never forget all your thoughts and enthusiasm."