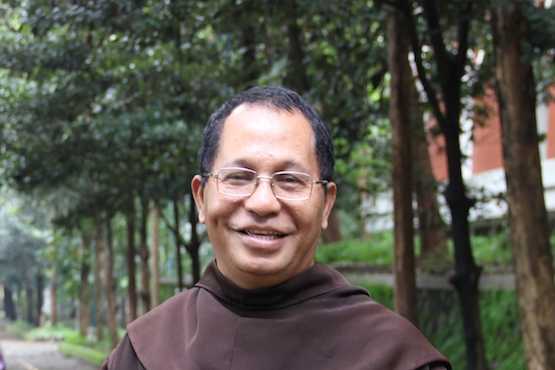 Catholic education experts in Indonesia are drafting what they say are new school guidelines to counter growing intolerance and radicalism in classrooms.

The guidelines are expected to be ready in the next few months and implemented in Catholic schools when the next academic year begins.

"What we are doing is in response to the current situation, where radicalism is so strong, including among teenagers," Franciscan Father Vinsensius Darmin Mbula, chairman of the National Council of Catholic Education told ucanews.com on July 10.

"To stem this, we believe one solution is through education," he said.

Father Mbula referred to a 2015 survey in 171 schools in Jakarta and Bandung, West Java that revealed 9.5 percent of students supported violence committed by radical groups, including the so-called Islamic State group.

An earlier survey by the Institute for Islamic and Peace Studies revealed that almost 50 percent of students supported radical ideas.

If this is ignored, "Indonesia will continue to be haunted by destruction," Father Mbula said.

He said advice would be sought from Islamic experts and thinkers from other religions.

He also said the guidelines would be presented to the government, where they would hopefully be integrated into the mainstream curriculum.

"In the current curriculum there is no special attention given to efforts to cultivate awareness about diversity and building tolerance."

The guidelines, will not only incorporate promoting the values of Pancasila — Indonesia's philosophy to respect pluralism, it will refer to Pope Francis' document, Educating Intercultural Dialogue in Catholic Schools: Living in Harmony for a Civilization of Love.

Prudentia, a lecturer at the University of Indonesia and part of the team drawing up the guidelines said educators also want introduce programs where students visit other religious places of worship, cultural sites and gatherings attended by adherents of other religions.

"What we want to achieve is a process of interaction within the social environment in which they live," she said.

Ahmad Nurcholish, a Muslim, and chairman of the education of diversity and peace division at the Indonesian Conference on Religion and Peace said students must have an inclusive and contextual understanding of religion.

"There are still many who only believe in the 'truth' of their religion dismissing other people's beliefs as wrong and misguided," he said.

"Such attitudes make it difficult to accept the existence of different people."

Radical groups are increasingly strong because they are more solid, while religious education in both formal and informal institutions only emphasize the aspect of ritual piety, not social piety, Nurcholish said.