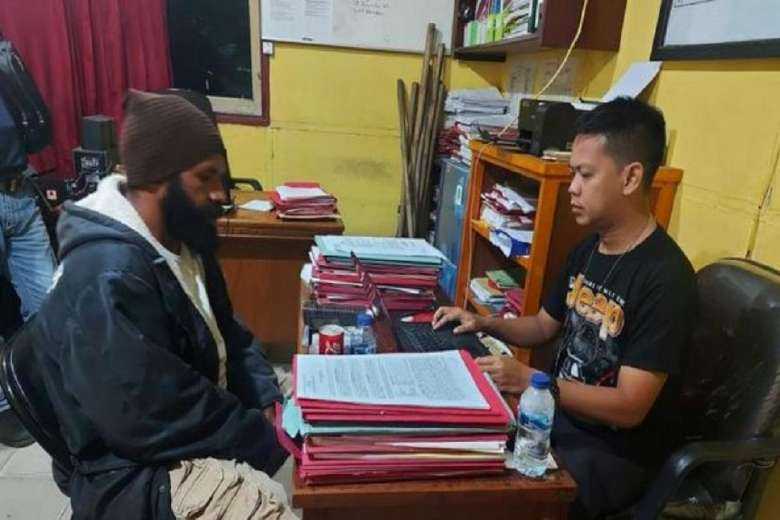 Manuel Metemko, 38, chairman of the pro-separatist West Papua National Committee (KNPB), was arrested by a joint military and police team called the Nemangkawi Task Force in Merauke district on June 9.

One of his posts claimed that Sacred Heart Archbishop Petrus Canisius Mandagi, who was allegedly the target of suicide bombers, was targeted by terrorists aiming to prevent a visit by Pope Francis to Papua.

In another, he allegedly claimed the supposed plot could have been a bid by authorities to stop religious leaders talking about the violence in Papua.

Yet another post said religious leaders were being terrorized by unidentified people.

Other posts included calls for an independence referendum and condemnation of Papua’s special autonomy status.

He was charged under Indonesia’s Electronic Information and Transaction law and could be sentenced to six years in prison.

There have been no complaints filed with police about his posts, which you might have expected before his arrest, he said.

Also, “it was strange that the task force made the arrest as it would normally be an investigator that did it,” Gobay said, adding that everything pointed to authorities targeting KNPB leaders.

He said Metemko was the second KNPB leader arrested by the task force.

Victor Yeimo, the group’s international spokesman, was arrested in the provincial capital Jayapura on May 9 in connection with anti-racism riots in August 2019 in cities across Papua in which more than 30 people were killed.