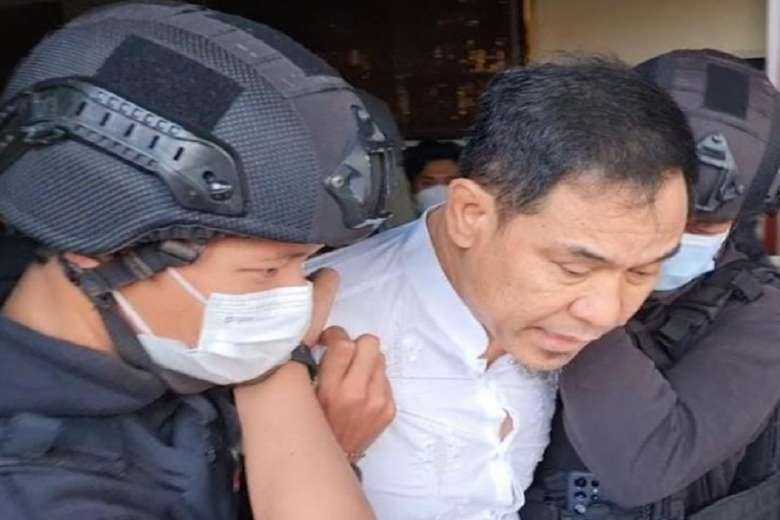 Indonesian police have arrested the former general secretary of a now-banned hardline group, the Islamic Defenders Front (FPI), for suspected involvement in terrorism

Munarman, who only goes by one name, was arrested at his home in Jakarta on April 27 by members of Indonesia’s anti-terror squad Densus 88 and was still in custody on April 30.

Police also said they had found bomb-making paraphernalia during a search of the FPI’s headquarters.

Jakarta police spokesman Achmad Ramadhan said investigators were looking at whether Munarman was involved in a suicide bombing at a Catholic cathedral in Makassar, South Sulawesi province, on Palm Sunday, linked to the Jamaah Ansharut Daulah (JAD) terror group.

JAD was blamed for suicide attacks on three churches in Surabaya, East Java province, in May 2018 that killed at least 13 people.

Ramadhan said Achmad Aulia, 30, an ex-FPI member and alleged terrorist from Makassar, who was arrested on Jan 6, said during questioning that Munarman had encouraged dozens of FPI members to join JAD and the Islamic State terror group.

The government dissolved the FPI on Dec 30, 2020, because of its hardline views and violence attributed to it against minority religions.

The police spokesman said Munarman was arrested and detained based on Aulia’s testimony.

Aziz Yanuar, Munarman’s lawyer, said the evidence against him was flimsy. "There isn’t enough evidence linking him to criminal acts of terrorism," Yanuar said.

The National Commission on Human Rights and Amnesty International Indonesia also questioned the evidence used to arrest him and the way he was arrested.

“It appeared arbitrary and the fact he was blindfolded suggests his rights were violated,” Usman Hamid, executive director of Amnesty International Indonesia, told UCA News.

Petrus Selestinus, a Catholic lawyer, dismissed the claim. “The arrest was legal and in line with national and international laws,” he said.