Indigenous Catholic villagers gather in Musroil village. A church-backed housing project has triggered fear of eviction among 130 families settled by a missionary priest about two decades ago. (Photo: UCA News)

Hundreds of ethnic villagers in Bangladesh say they face eviction from their homes if a Catholic diocese moves ahead with a plan to regularize ownership of land under its care.

Panic has gripped Catholic villagers of Musroil under St. Peter’s Church of Rajshahi Diocese since news spread that the authority has sold land accommodating 20 families without prior notice.

Rajshahi Christian Cooperative Housing Society has bought nearly half an acre of land from the diocese and set up a sign in the village to declare ownership on Aug. 19.

The society plans to resell each decimal (45 square meters) of the land to members for 280,000 taka (US$3,500) in 36 monthly installments. It has 263 members including 203 indigenous people, but none from Musroil, villagers said.

Italian Father Paolo Ciceri from the Pontifical Institute for Foreign Missions (PIME) set up the church, which has about 1,300 ethnic Catholics. The missionary served in Bangladesh from 1963 to 2017, mostly in Rajshahi, before returning to Italy due to poor health. 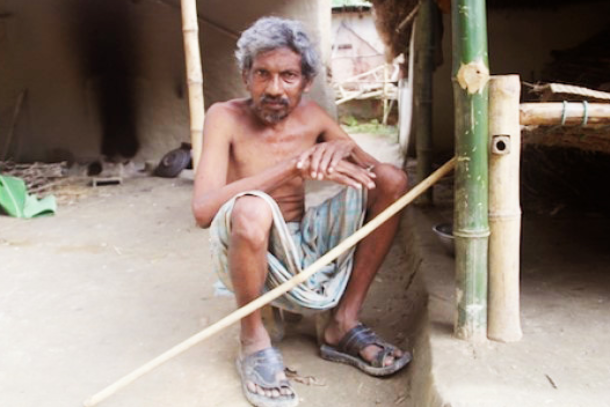 During his time in Rajshahi, he started housing for poor ethnic Catholics, mostly with funding from his family and friends in Italy.

Shibu Biswas, 63, an ethnic Paharia Catholic and a daily wager, expressed frustration over the move. He is a father of nine living on a plot of two decimals of land.

“About 20 years ago I moved here with my family. But now we have come to know the church has sold the land. We have nowhere to go, so we will continue to live here,” Shibu told UCA News.

“We trusted the church and have been grateful to its authorities. Now we have been asked to pay large amounts of money to claim the land as our own, which is impossible,” he said.

Like Shibu’s family, 130 families fear a possible extension of the housing scheme would jeopardize their lives.

‘No intention of eviction’

Dipok Ekka, secretary of the housing society, said the land was legally purchased for 6 million taka ($70,588) with an initial payment of 2 million taka and the rest to be paid by December, adding that there is no intention to evict villagers.

“We would like to prioritize those already living here and allow them to become members to buy and own the land,” Ekka, an Oraon Catholic, told UCA News. “It is true most villagers don’t have the ability to purchase land and we have kept it in consideration. We are open to changes if necessary.”

Tensions have brewed in Musroil since the arrival of parish priest Father Prodip Joseph Costa in 2018.

The priest has issued eviction notices to several families, ordering them to vacate their houses and relocate to other places after offering compensation of 100,000 taka ($1,176). He allegedly arranged village councils to humiliate villagers for not following eviction orders and forcibly padlocked houses.

At first villagers were told the land was needed for setting up a house for a women’s religious congregation.

Father Costa was not available for comment over his alleged actions.

Village leaders and activists have attempted to resist the move.

The letter expressed dismay over the decision to “sell out the land without proper notice, relocation and compensation,” and accused the church authority of “hurting their lives and faith.” It also urged “a quick solution” and wanted the land to be restored to them.

There has been no response to the letter so far, according to James Kisku, a Santal Catholic activist.

“We are heartbroken over this inhuman action from the church authority, but we still hope they will realize the wrong they are doing and backtrack from it,” he told UCA News.

If the appeal and letter don’t bring a positive outcome, people will protest to the chief government officer of Rajshahi, lodge a complaint with police and wage a strong movement, he warned.

Bishop Gervas Rozario defended the housing scheme move, saying it is a part of the diocese’s plan to “regularize” church land allocation and each resident living on church land needs to buy it at market price to claim ownership.

Every year the diocese pays 500,000 to 600,000 taka in taxes for the land but residents don’t pay anything, causing a financial burden, he noted.

“Father Ciceri was a missionary under the diocese and any land he purchased and houses he built are property of the church. He didn’t get permission from a higher authority while distributing land and constructing houses for people in Musroil,” Bishop Rozario told UCA News.

The prelate alleged that a vested quarter has been “backstabbing and tarnishing” his image over the issue, which saddens him.

“We have planned to make their lives and land secure, but they have started viewing me as an enemy,” Bishop Rozario added.