The delegation will include representatives of First Nations, Métis and Inuit national organizations People gather outside the former Kamloops Indian Residential School as they welcome a group of runners from the Syilx Okanagan Nation taking part in The Spirit of Syilx Unity Run, following the discovery of the remains of 215 children buried near the facility, in Kamloops, British Columbia, Canada, on June 5. (Photo: AFP)

A delegation of indigenous people from Canada will meet with Pope Francis at the Vatican before the end of the year, the Canadian Conference of Catholic Bishops said.

The delegation will include representatives of First Nations, Métis and Inuit national organizations, the bishops said in a statement released June 10.

The statement follows the May 30 announcement by the Tk'emlúps te Secwépemc First Nation of the discovery of 215 bodies buried on the site of the former Kamloops Indian Residential School in Kamloops, British Columbia.

"The delegation to the Holy See represents an important step on the journey of reconciliation and shared healing for Indigenous Peoples and the Church in Canada," the bishops said.

"With the strong encouragement of Pope Francis, the bishops of Canada have pledged true and deep commitment to renewing and strengthening relationships with indigenous peoples across the land," the statement said, citing regional and diocesan-wide listening circles that have been established in recent years.

Planning for such a meeting had been underway for more than two years in an effort to "foster meaningful encounters of dialogue and healing," the statement said," but was stalled by the global Covid-19 pandemic, the statement explained.

"However, the bishops remain committed to moving forward with the delegation prior to the end of 2021, in compliance with international travel guidelines," it said.

The delegation will include "a diverse group of elders/knowledge keepers, residential school survivors and youth from across the country," the bishops added.

First Nations people have long been critical of the Catholic Church for a lack of transparency over the mistreatment of students in the residential schools across Canada. Catholic leaders in recent years have taken steps toward reconciliation and strengthening relationships.

In addition, First Nations leaders continue to press for information about the operation of the schools, government policy regarding the schools, whether families were contacted upon the death of students and whether family names were recorded so that remains can be returned to their communities. 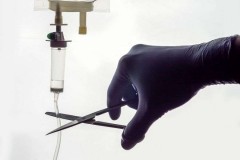 Canada established a National Truth and Reconciliation Commission under the 2007 Indian Residential Schools Settlement Agreement that has worked to facilitate reconciliation among former students, their families, their communities and Canadians.