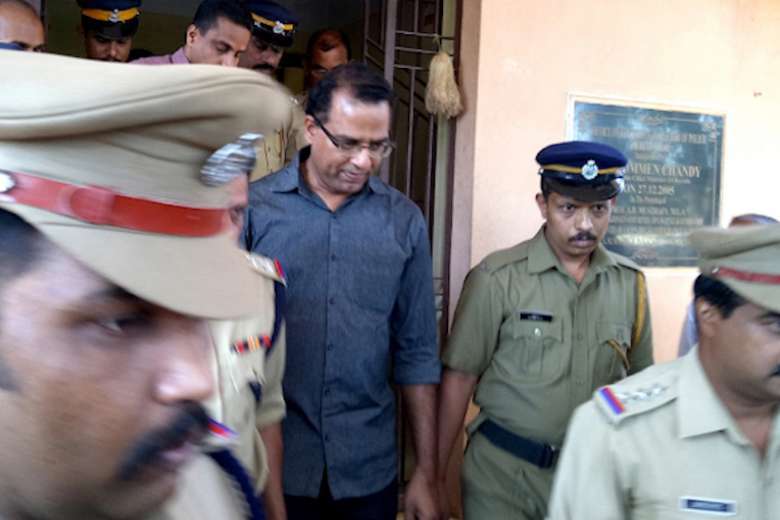 Indian police escort priest Robin Vadakkumcherry (center) after his arrest in Peravoor, some 300 kilometers north of Kochi in the southern state of Kerala, on Feb. 28, 2017. A court convicted the priest of raping a minor. (Photo: AFP)

India’s top court has dismissed the plea of a woman to grant bail to a former Catholic priest jailed for raping her so that she could marry him and name him as the father of their child in official records.

The Supreme Court of India on Aug. 2 refused to admit the petition for hearing as it did not find any merit in it despite the woman's lawyer pleading that the marriage would give legitimacy to their child.

The victim's application comes after Kerala High Court in July 2020 dismissed a similar petition from former Catholic priest Robin Vadakkumcherry, who is now serving a life sentence after being convicted of raping and impregnating the then underage schoolgirl.

Vadakkumcherry, now 52, was sentenced to 60 years of imprisonment under various sections of the Protection of Children from Sexual Offences (POCSO) Act in 2017.

The special court dealing with child sex abuse cases, however, allowed him to serve the sentences simultaneously, reducing the total term to 20 years.

He was convicted of raping a 17-year-old schoolgirl in his parish and fathering her child. Sex with a girl under 18, a minor under Indian law, is considered a crime.

The bail pleas are an “attempt to influence the court to reduce the period of his sentence and get his conviction order stayed,” said Riju Kanjookaran, a Catholic leader based in Kerala.

The rape victim and her family, then members of Vadakkumcherry’s parish, supported him in court, claiming that the victim was not a minor and sex was with her consent.

The rape victim’s father went to the extent of claiming he had impregnated his own daughter in an effort to save Vadakkumcherry.

The court relied on official documents to prove her age and a DNA test to determine the father of the baby. 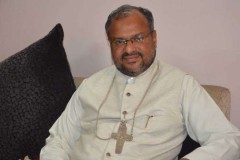 The former priest approached Kerala High Court seeking a stay on the trial court order and bail for him, but the court refused.

The victim moved the Supreme Court seeking bail for Vadakkumcherry, saying their child is of school age and hence the father's name needed to be mentioned in the school records after marrying him..

The lawyer said it was Vadakkumcherry’s fundamental right to marry and appealed to the top court to grant him bail.

“Vadakkkumcherry and his legal team were well aware that the top court would not reverse the high court order, so they used the survivor to move the top court,” Kanjookaran told UCA News on Aug. 3.

The Supreme Court’s dismissal of the case “will send a strong message to rapists and those supporting them to escape from punishment on the plea of marrying the survivor,” he said.

“At least now Vadakkumcherry and his team should stop disturbing the survivor and her family as they have suffered enough and more. They should be allowed to live their remaining lives peacefully,” he said.

Each time news about him comes up, the entire drama he and his supporters played to save him punishment is retold

Mathew Xavier, a Catholic layman, said that "people like Vadakkumcherry are a shame to the entire Catholic community, especially priests."

He added: “Each time news about him comes up, the entire drama he and his supporters played to save him punishment is retold. It begins to question the sincerity of the Church and its priests.”

Vadakkumcherry’s case was one of several sensational cases in Kerala, where Christians make up some 18 percent of the 33 million population, much higher than the national average of 2.3 percent.

Church officials were accused of protecting him and forcing the father of the victim to accept responsibility for her pregnancy.

Catholic nuns were also accused of moving the baby soon after delivery to a church-run orphanage to save Vadakkumcherry. The baby now lives in a government-controlled orphanage.

The Vatican laicized Vadakkumcherry in March 2020.