Share this article :
India's Supreme Court has asked federal and state governments to comply with its two-month-old instructions to end mob violence and lynching, which activists say shows the government's failure to check hard-line Hindu violence. The country's top court on Sept. 24 asked all state governments to file action reports on its July 17 directions for governments to check mob violence, especially those linked to acts by vigilante groups protecting cows, a revered animal in Hinduism. "There is a collapse of governance and law and order. Since the government is not taking the court direction seriously, the court has to intervene," said Father Denzil Fernandes, director of the Jesuit-run Indian Social Institute in New Delhi. The court directions included using media to tell masses that the street violence and mob killings will attract legal action and punishment. In order to check violence, it also asked to appoint district level police officers to stop the spread of irresponsible messages and to punish police who derelict their duty. Activists like Father Fernandes say hard-line Hindu violence has increased since Prime Minister Narendra Modi's pro-Hindu Bharatiya Janata Party (BJP) came to power in 2014. Hindu groups saw the BJP victory as a mandate to push for their idea of making India a Hindu nation, they say.
Related News 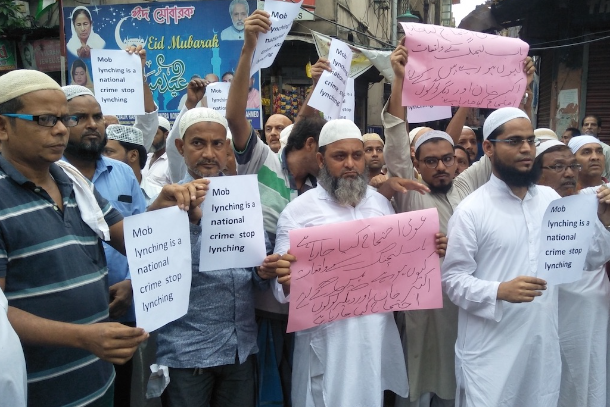 The court order follows a public interest litigation filed by Tushar Gandhi, the great grandson of Mahatma Gandhi. The petition contended that several states have not complied with the court's order. "The court has to step in because the government is shielding mobs involved in lynching incidents. This is an unfortunate thing to happen," said Father Fernandes. Cow vigilante-related incidents have claimed at least 25 lives in India since 2010 and 21 of them were Muslims, according to a report by date website IndiaSpend. At least 139 people were also injured in these attacks. More than half of the attacks were based on rumors, it said. The BJP leads the federal government in New Delhi and controls governments in 19 of 29 Indian states. Critics say the administration tacitly approves of the Hindu violence against religious and ethnic minorities such as Christians, Muslims, Dalits and tribal people. Persecution Relief, an ecumenical Christian forum that monitors persecution, said it recorded 600 incidents of violence on Christians, including the destruction of churches, threats and harassment, social boycotts, hate campaigns, abductions, murder and physical violence, in 2017. Father Ajay Kumar Singh, a human rights activist in the eastern state of Odisha, said most cases were reported from BJP-ruled states. "[It shows] that the government is half-heartedly trying to implement the court direction," he said. The court has been making an effort but it will not be "a success unless those who are in power are taking serious measures," he said. Muhammad Arif, chairman of the Center for Harmony and Peace, said religious minority groups are "easily targeted because the government and higher authorities are in favor of the cow vigilantes." Arif is based in BJP-ruled Uttar Pradesh from where most cases of cow-related violence are reported. He welcomed the court directive. "It is a timely and much-needed direction because minority communities are in constant fear that they may be attacked in the name of cows," Arif said.