Catholic leaders welcome the ruling as endorsing the constitutional right to profess, practice and propagate a religion of choice 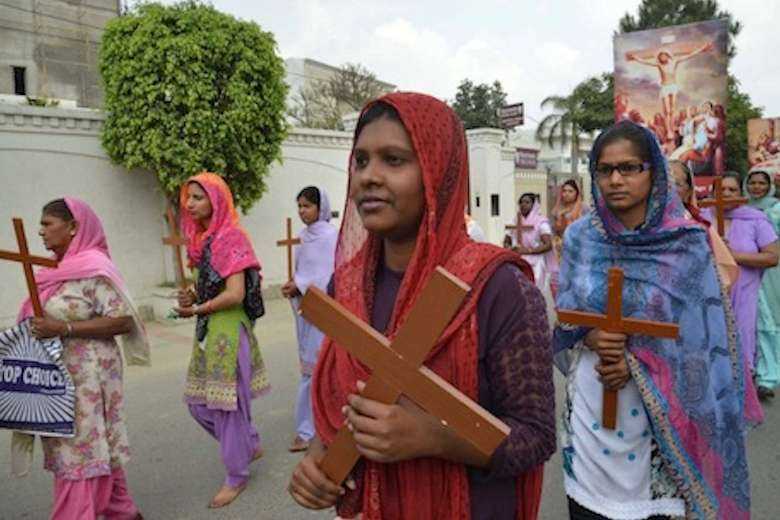 The Supreme Court of India on April 9 said persons above 18 years of age are free to choose their religion and dismissed a plea seeking directions to the federal government to enact a nationwide law against religious conversion.

The petition in the form of public interest litigation was filed by Ashwini Upadhyay, a Supreme Court lawyer and a member of the ruling pro-Hindu Bharatiya Janata Party (BJP).

A bench of Justices R.F. Nariman, B.R. Gavai and Hrishikesh Roy disagreed with the demand, directed the petitioner to withdraw it and threatened to impose heavy costs if he persisted with it.

The bench said India’s constitution allows a citizen of 18 years of age the freedom to join a religion of choice. A law against conversion will go against constitutional provisions, the judges said.

"There is a reason why the word ‘propagate’ is there in the constitution,” the judges said.

The counsel for the petitioner, senior advocate Gopal Sankaranarayanan, then sought liberty to withdraw the petition and to make representation to the government and the law commission.

The bench refused to grant permission to approach the law commission and dismissed the petition as withdrawn.

The court directions are “in the right spirit” of the constitution, which guarantees every citizen the right to profess, practice and propagate a religion of choice, said Father Babu Joseph, former spokesperson of the Catholic Bishops’ Conference of India.

“Several states have enacted laws curbing the religious freedom guaranteed by the constitution and it has had an adverse impact on several communities, especially Christians,” he told UCA News on April 10.

He said the verdict comes “at the right time as pro-Hindu groups clamor for a national law to ban conversion while accusing Christian missionaries of adopting fraudulent means to convert socially poor Dalit and tribal people.”

Supreme Court lawyer Govind Yadav said the court’s decision has endorsed the constitutional provisions that guarantee religious freedom, which include conversion and propagation.

Yadav said the petition was “part of the hidden agenda of the ruling dispensation” to help enact a nationwide law to restrict religious freedom and freedom of speech enshrined in the constitution.

“Primarily religion and faith are matters of personal convictions of an individual and cannot be governed by any law; instead they draw strength from the constitution directly,” Yadav told UCA News on April 10.

“A law can be enforced to deal with issues that deal with external functions, not internal. If a government enacts a nationwide law to restrict religious freedom, it will only create more problems that solutions.”

Eight Indian states have laws to check religious conversion, with minority Christians and Muslims often targeted with these laws.

Upadhyay’s petition stated that religious conversion by “carrot and stick” or by “hook or crook” offends constitutional provisions and goes against the principles of secularism.